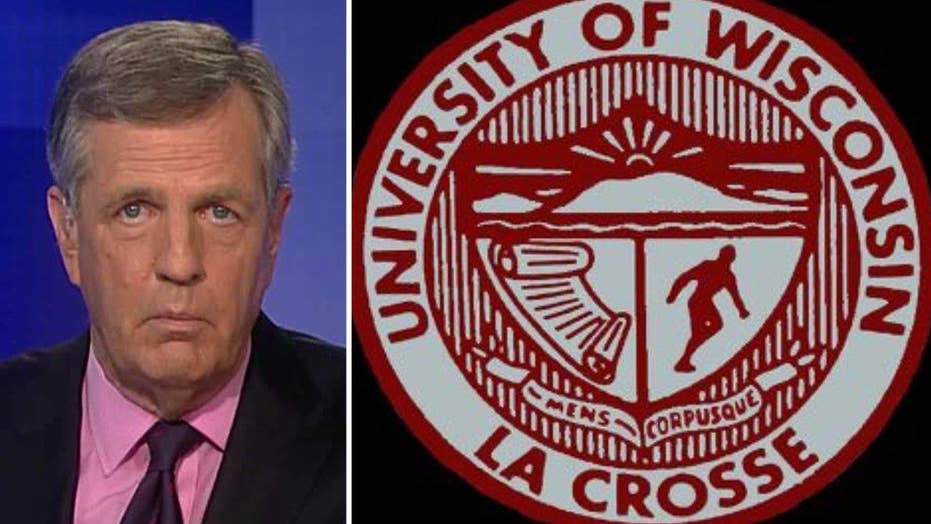 Students at the University of Wisconsin-La Crosse issued a string of complaints to the school's Hate Response Team over the past year, with some claiming that an image of a Christian cross or a blog post about life as a white student were offensive.

The cross appeared on a Campus Crusade for Christ poster, but an anonymous student said it represented "oppression and hate of the LGBT+ community," the La Crosse Tribune reported.

Two other students reported the blog post, with one claiming students of color felt unsafe living near the person who wrote it, the newspaper added. Students across the campus shared the post on Facebook and Tumblr.

The university has already seen its fair share of surprising complaints. In April, one student bashed a mural at Laux Residence Hall because it showed Neville Longbottom, a character in the Harry Potter movies, as both a child and an adult, Heat Street reported.

Critics say Hate Response Teams and similar groups tend to stifle free speech on campus, leading students and staff to consider self-censorship. "It sends a message to students that they aren't adults who can work out problems themselves," Samantha Harris, director of policy research at the nonprofit Foundation for Individual Rights in Education, told the Tribune.

Officials at UW-La Crosse said the Hate Response Team fielded 192 reports of hate incidents during the 2015-16 school year. In only 34 cases did the reporter ask to contact an advocate from the team to discuss the issue further, according to CampusReform.org.