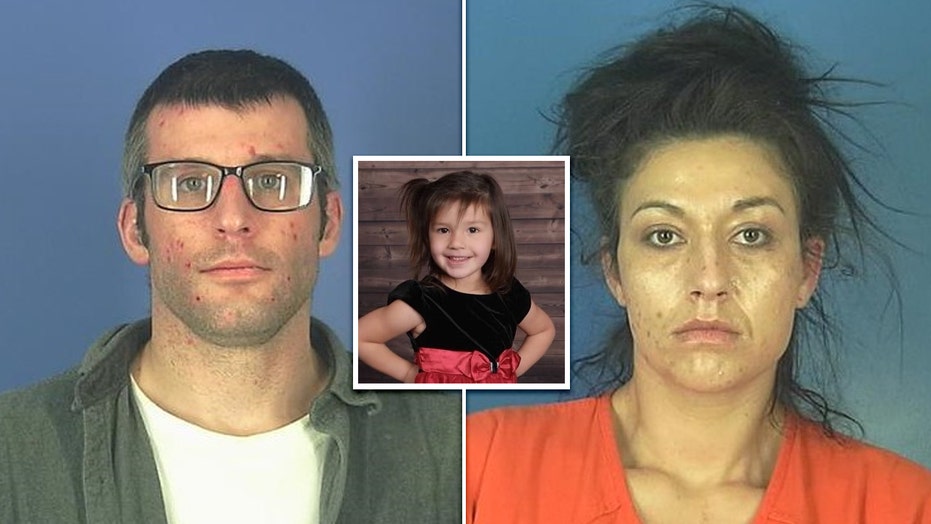 Washington state 6-year-old Oakley Carlson went home to her parents, alleged meth users, a year ago after they regained custody from her foster family. Then she went missing, and her preschool-age siblings told deputies she may have been "eaten by wolves."

But criminal profiler John Kelly told Fox News Digital Friday he believes there’s a chance Oakley may be alive and is offering a reward that leads to her location.

"The parents never notified anybody that she disappeared," he said. "If somebody else grabbed her, kidnapped her, I’m sure the parents would have gone to the authorities."

Andrew Carlson and Jordan Bowers were arrested in December on child abandonment allegations, but last month prosecutors tacked on new charges of exposing their other children to methamphetamine. (Grays Harbor Sheriff's Office)

SIBLINGS OF MISSING WASHINGTON GIRL SAY SHE WAS EATEN BY WOLVES

The parents' silence could be indicative that they were involved in her disappearance, Kelley said, but that doesn’t mean she’s dead.

Jordan Bowers and Andrew Carlson were arrested in December on child abandonment allegations, but last month, prosecutors tacked on new charges of exposing their other children to methamphetamine.

"Meth is the most insidious drug," Kelly said. "Addicts need money. Is it possible they sold her?"

"To me, that looks like she was packed up, because how many kidnappers go and say, ‘Where’s your toys kid? Where’s your clothes?’" he said.

In an effort to find Oakley, Kelly is offering a one-time reward of $10,000 for information leading to her whereabouts and recovery within the next six months, he said.

In December, authorities told Fox News Digital that Oakley’s young siblings informed them the girl is "no more" and had been "eaten by wolves" in the woods.

Oakley’s brother told law enforcement personnel during an interview that he had seen their mother "beat Oakley with a belt," and that he "has been worried about her starving," Grays Harbor Sheriff's Office Undersheriff Brad Johansson confirmed.

The young boy also said Bowers would "put Oakley in the closet, possibly under a stairwell," Johansson confirmed.

The Grays Harbor Sheriff’s Office has described the girl’s disappearance as "suspicious" and "criminal." Police still haven’t found her.

The parents did not report their daughter missing and have not cooperated with investigators, authorities said. They also allegedly failed to provide their daughter her prescribed medication for over a year.

"The parents claim the last time they saw Oakley alive was Nov. 30, 2021," Johansson said in December. "The parents have given no indication that Oakley is in the care of an adult and cannot account for her whereabouts or condition. Investigators believe Oakley would be unable to survive on her own for this length of time."

Kelly said anyone looking to collect his reward can contact him at johnkellyprofiler@gmail.com.