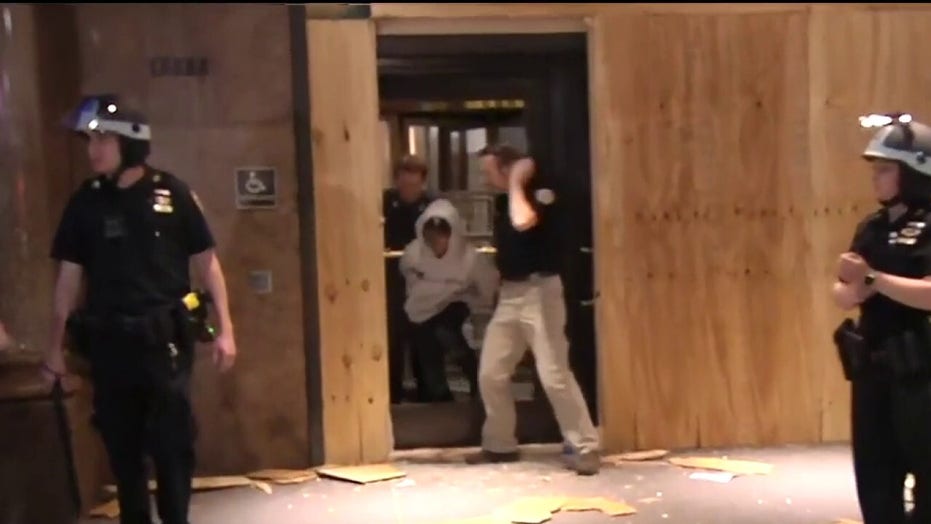 New York City police have released surveillance video and images of more than a dozen people wanted in connection with the looting of Macy’s iconic Herald Square store.

The ransacking happened last Monday as looters targeted stores across Manhattan following protests sparked by the death of George Floyd.

Surveillance footage shows one looter wielding a hammer, while another was using a baseball bat to smash through the store’s glass doors.

Other looters are seen using their bare hands to try to open a revolving door.

Images released of the looters fleeing the store depicted one carrying several purses.

Police told the New York Post that the Macy’s looters made off with about $10,000 in merchandise.