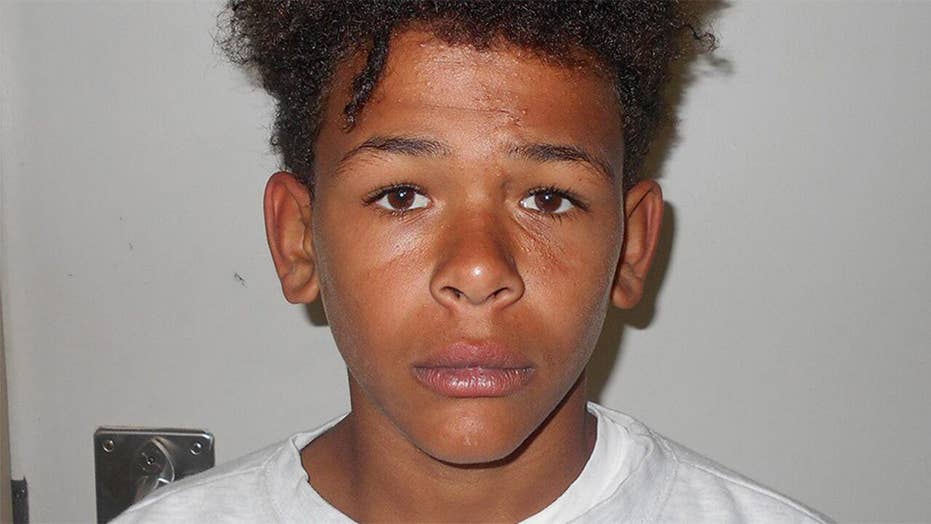 A 13-year-old double murder suspect who escaped custody in North Carolina has been turned in to police by his mother.

A massive manhunt for a 13-year-old accused of double murder in North Carolina came to an end late Wednesday when the teen's mother turned him over to authorities after he showed up to his uncle's house asking for food and a shower, officials and family members said.

The Robeson County Sheriff's Office said on Facebook the escaped teen, identified only as Jericho W., was taken into custody around 10 p.m. after his mother turned him over to the U.S Marshals Service Fugitive Task Force.

The 13-year-old was scheduled to appear in court on Tuesday for two counts of first-degree murder and robbery with a dangerous weapons charge when he escaped around noon in the city of Lumberton. The juvenile court was being held at Robeson County Department of Social Service at the time, and Jericho W. was the custody of the North Carolina Department of Public Safety when he managed to get away, according to officials.

The state agency said the teenager is now back in "secure custody" at the Cumberland Regional Juvenile Detention Center in Fayetteville.

While officials did not disclose where the teenager went after escaping, his mother, Nikki Jacobs, said he went to his grandmother's old home which is now abandoned, spent Tuesday night and all-day Wednesday there before finding a bicycle and riding it to his uncle's home, WRAL reported.

The teenager who identified custody, identified as Jericho W., is a suspect in the killings of two men. (North Carolina Department of Public Safety)

The teen's uncle, Wayne Lambert, told WRAL-TV that Jericho walked and followed the railroad tracks after he escaped before showing up at his house on Wednesday and asking for food and a shower.

"I just thank God that he came home to me and I was the one that could put my hands on him before the officials did or anybody else would hurt this child, because he’s not a very bad kid," Lambert told WRAL-TV. "He’s a respectful child."

Lambert told the television station that Jericho removed the shackles from his legs before spending the night at his grandmother's abandoned home.

Jericho W. was scheduled to appear in court for two counts of first-degree murder and robbery with a dangerous weapon charge when he managed to escape. The 13-year-old was wearing leg restraints and no shoes when he went on the run.

The Robeson County Sheriff's Office said that Sheriff Burnis Wilkins was "grateful for the outcome of this search and thanks everyone for their assistance during the investigation."

Jericho W. and a 19-year-old Derrick Deshawn Hunt were charged in October when deputies found two men, Frank Thomas, 34, and Adam Thomas, 33, dead in a home they shared, WRAL reported at the time.