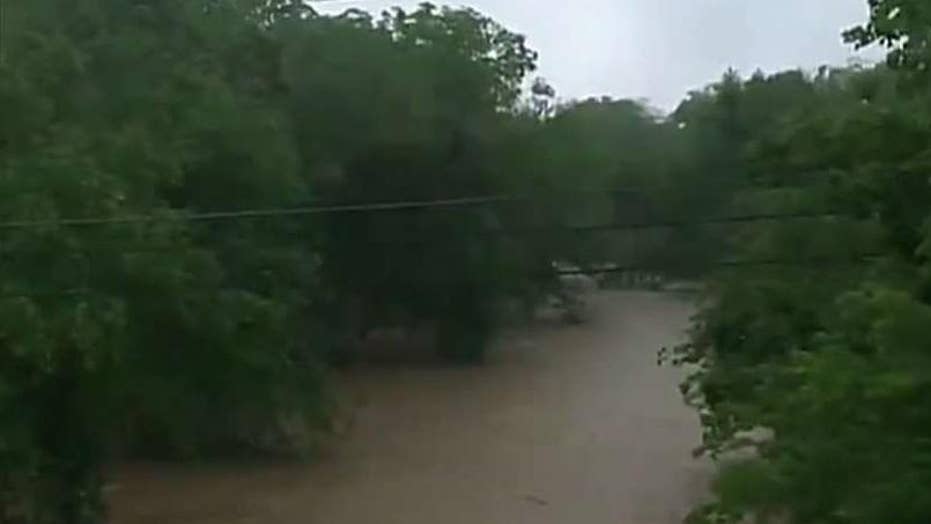 North Carolina dam teeters on the brink of failure after flash flooding.

A North Carolina dam that was in danger of “imminent failure” was deemed safe and people could return to their homes, officials said.

Engineers inspected the Lake Tahoma dam in western North Carolina early Wednesday morning and an alert was issued by McDowell County officials at around 10 a.m.

Heavy rain caused by the remnants of Alberto triggered landslides at the dam and the National Weather Service said residents were “being asked to flee.”

McDowell County Emergency Management deputy director Adrienne Jones told the Associated Press that the dam had not failed. However, Jones said an engineer who had inspected the scene was concerned enough to order the evacuation.

The Greenville-Spartanburg National Weather Service station urged residents to “heed all evacuation orders” and to “act now to preserve your life.”

Officials had said water was spilling around the sides of the dam which triggered the landslides, according to FOX Carolina. Officials were continuing to inspect the dam through the daylight hours.

Jones said about 200 residents were in three shelters, set up in Marion, Old Fort and Glenwood. She said five minor injuries were reported during water rescues as nearby creeks and streams overflowed their banks and several rock slides closed roads.

Alberto had already been responsible for two deaths in North Carolina.

Anchor Mike McCormick and photojournalist Aaron Smeltzer of WYFF-TV, a Greenville, S.C.-based station, were killed Monday while covering the weather. Police said a tree became uprooted from rain-soaked ground and fell onto their SUV.

“Two journalists working to keep the public informed about this storm have tragically lost their lives, and we mourn with their families, friends and colleagues,” North Carolina Gov. Roy Cooper said in a statement.