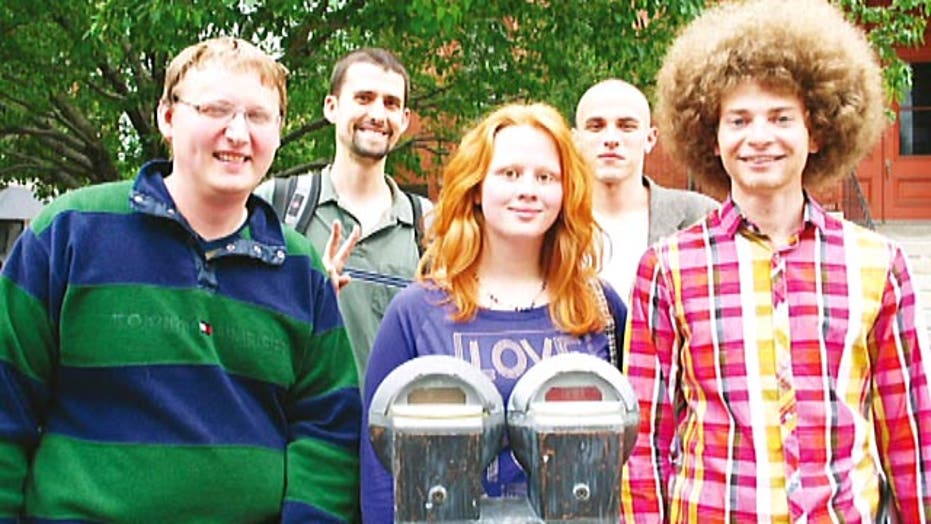 Cristina Corbin on a N.H. city asking a judge to keep ‘Robin Hood’ meter feeders away from parking attendants

Armed with video cameras and pockets full of change, a group of self-styled "Robin Hooders" patrols the streets of Keene, N.H., filling expired meters and relentlessly questioning parking enforcement officers whom they believe are "stealing" from citizens to fill the city's coffers.

The controversial practice is now before New Hampshire's highest court, which is deciding whether the six activists are within their First Amendment right to carry out such protests, while the parking enforcement officers claim their conduct is harassment and interferes with their ability to carry out their job.

"The Robin Hood protesters are expressing themselves on matters of public concern literally in the public square and holding government officials accountable," said Jon Meyer, who is representing the six people accused of filling expired parking meters before city employees can issue tickets. "It's very important from a constitutional perspective that their expression not be undercut or restricted. They are doing this in a peaceful fashion."

The city of Keene, which has a population of roughly 23,400 people, has already brought two suits against the group -- the second of which asked for monetary damages. Both claims were dismissed by the lower court, prompting the city's appeal.

City attorney Charles Bauer told FoxNews.com that the legal argument against the activists has nothing to do with lost revenue or their right to protest under the First Amendment.

"I believe in the First Amendment – that's what this country is built on," he said. "We’re not trying to get them to stop their conduct – it's the proximity and duration."

"They're bumping into, swarming around within very close proximity [of the parking officials]… running up closely behind them, spooking or scaring them," Bauer said. "They shout at them, calling them bad things, like 'bitch' and 'racist' and 'boy.'

"We want an injunction to ask them to please step back [to] allow three hard working parking people to do their jobs," he continued. "What I’m asking the Supreme Court of New Hampshire to do is to send this back to the lower judge with very specific instructions that all conduct under the umbrella of First Amendment activities is not absolute."

James Cleaveland, the 27-year-old leader of the group and an accountant by trade, believes the city's problem with the Robin Hooders is lost revenue. He claims the city lost at least $80,000 last year as a result of the group's conduct, although that number could not be verified.

"The parking meters aren’t about managing parking -- they’re about generating revenue for the city," Cleaveland told FoxNews.com Monday. "The ticket is a threat. If you don’t pay it, they will impound your vehicle," he said. "Most of the money from the fines doesn’t go to improvements. It goes all to the parking department. It’s really an insane system, and I think it is theft because the fines are going right to the parking department."

Cleaveland and co-activist Ian Freeman said claims of harassment by their group are "complete nonsense."

"I shoot video for my protection. If something happens, I want an objective record of what transpired. I wouldn’t mind if the parking officials filmed as well," Cleaveland said. "The city claims that we harassed, intimidated and threatened their employees. But they didn’t bring criminal charges against us.

"I think it’s obviously a baseless claim," echoed Freeman. "They would charge us criminally with harassment if they had a shred of evidence indicating that."

Cleaveland and Freeman claim the city, in an earlier legal motion, wanted the group to pay the fees it cost for a psychologist brought in to counsel the parking officials for the stress and anxiety they endure on the job.

While Bauer acknowledges that parking officials don't always have the easiest task, he said the Robin Hooders are going far beyond the occasional heckling or hostility of an angry car owner that ticket writers might expect.

"There’s no doubt that parking enforcement officials – whether it's in New York City or Keene, N.H. – have a lot of interaction with people. Getting a ticket is not the most pleasant thing in the world," he said. "In the job description [of parking officials], there is an expression that you're going to have some unpleasantry out there. But the conduct that these three parking enforcement people have been exposed to by these six defendants far exceeds the intermittent, occasional irritated customer or citizen who gets a parking ticket."