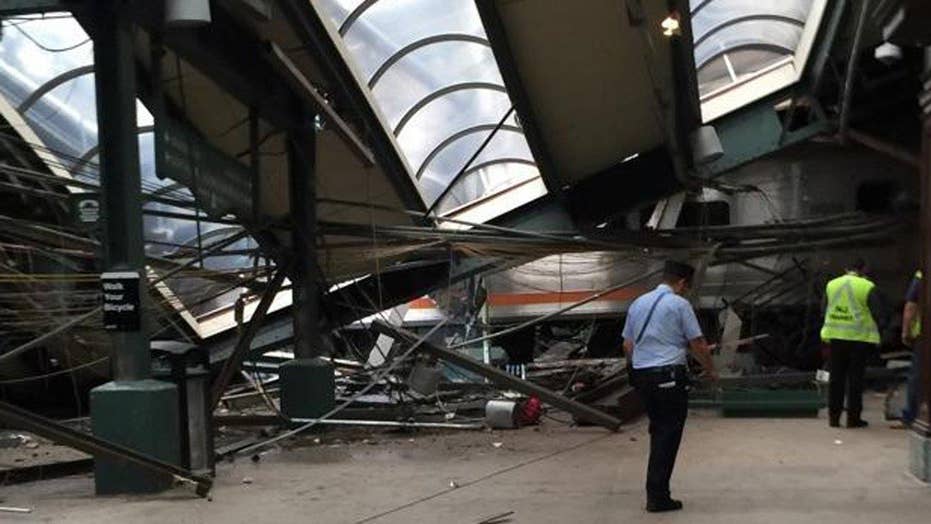 The catastrophic train crash Thursday in Hoboken, N.J., has renewed debate over technology known as “positive train control” that potentially could have helped avert the disaster that injured over 100 and left one woman dead.

The National Transportation Safety Board has called for the tech to be installed for decades and did so again Thursday.

The investigation, though, is just beginning and no cause has been pinpointed.

Dinh-Zarr stressed that it “remains to be seen” whether PTC “had to do anything with this accident.”

The clamor on Capitol Hill for positive train control arose after a 2008 commuter train crash in California, and started up again dramatically after the 2015 Philadelphia Amtrak crash that killed eight. That train was going over 100 miles per hour around a 50 miles-per-hour turn.

Positive train control would have automatically limited the speed of that train, in that circumstance.
Congress had directed the National Railroad Administration to impose PTC on all Amtrak, freight rail and commuter lines by the end of 2015.

But rail companies protested, saying the deadline was unrealistic and would impose huge costs, even though the Federal Railroad Administration had provided more than $650 million in grant funds to passenger railroads, including nearly $400 million in American Recovery and Reinvestment Act of 2009 funding. Congress relented anyway, extending the deadline to the end of 2018.

“I don’t think we should have extended the deadline,” House Democratic Leader Nancy Pelosi said. ”The trains were still running -- if you're going to extend the deadline, then stop the trains, because the risk is there. But that will go a long way to saving lives, improving safety.”

But Congress is also imposing competing pressures on rail carriers. On one hand, it wants to improve safety; on the other hand, it wants to reduce costs. Republicans, especially, have hammered Amtrak through the years for alleged inefficiencies and for its take of federal subsidies.

Last year, New Jersey Transit even threatened to shut down its rail line because it couldn’t meet the PTC deadline.

At that time, New Jersey Transit said it anticipated full PTC implementation by 2018. That’s true with most freight systems in the U.S -- almost all of Amtrak’s Northeast Corridor now has PTC.