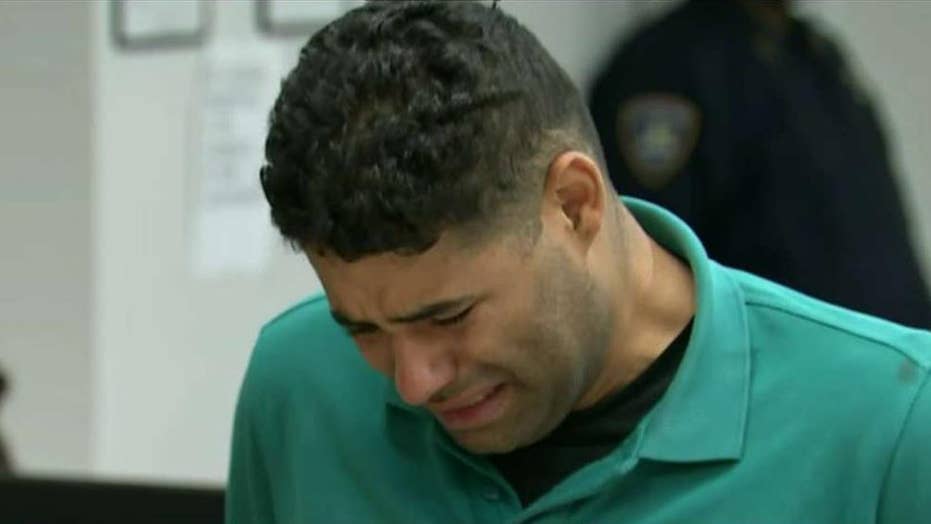 39-year-old Juan Rodriguez told police he thought he dropped his children off at daycare before heading to work; Laura Ingle reports.

A New York man who says he forgot his twin infants in the back of a hot car Friday while he went to work won’t face criminal prosecution in their deaths just yet, as a grand jury hearing was reconvened for the end of August.

A spokesperson for the Bronx District Attorney's Office told Fox News on Thursday that Juan Rodriguez, 37, was not indicted by a grand jury during his court appearance pending further investigation, and will appear in court again Aug. 27.

Rodriguez is facing two counts each of manslaughter and criminally negligent homicide after police say he left his 7-month-old twins, Phoenix and Luna, inside his hot Honda Accord for nearly eight hours as he worked a shift at a Bronx Veterans Affairs hospital, the New York Post reported.

Juan Rodriguez, 37, is facing two counts each of manslaughter and criminally negligent homicide for the hot car deaths of his two twins.

Rodriguez' attorney Joey Jackson told WABC outside a Bronx courthouse that he hopes the district attorney will see the incident as nothing more than a “horrible and terrible tragedy.”

“We are speaking to the district attorney's office to convey to them what I think that they know and understand," he said. "That this was a horrific and terrible tragedy.”

Rodriguez, a disabled Iraq war veteran, admitted to police that he forgot the twins in the car.

He reportedly told them he dropped his 3-year-old at a house in Westchester before arriving in the Bronx for work. He continued to explain that the two infants were in rear-facing car seats and he forgot them.

Rodriguez drove two blocks on his way home before he realized the twins were in the backseat “foaming at the mouth,” WABC reported citing police. He pulled over and immediately called for help.