Nearly 200 people from Mexico and Central America were stuffed inside large trucks and caught trying to enter the United States illegally during three huge January smuggling busts that occurred in just nine days.

Officials in southern California said 77 people, including 5 children, were found near the Mexico border Monday packed inside a sweltering truck that had been painted to resemble a UPS truck.

The San Diego Union-Tribune reported a U.S. border patrol agent in Boulevard, Calif., noticed the truck was riding low and “could smell body odor mixed with a distinct type of pungent soap which is commonly used in Mexico.” 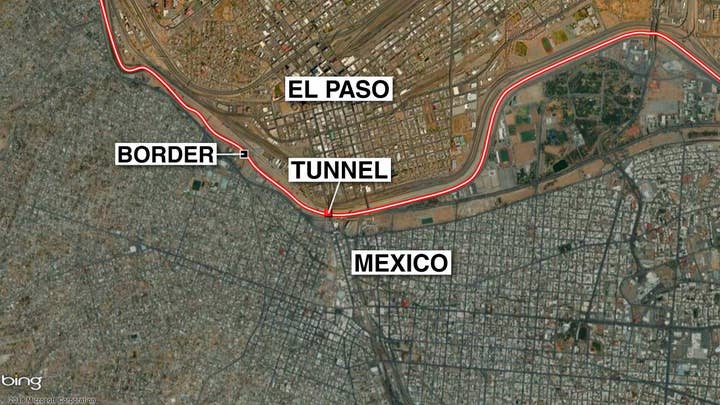 A similar scene greeted authorities last week in Laredo, Texas, where border patrol agents found 76 immigrants, including 13 children, from Mexico, Honduras, El Salvador and Guatemala lying on the floor or crouching against the walls of a tractor-trailer rig.

A week earlier, also in Laredo, border agents stopped a tractor-trailer with 29 illegal immigrants from Mexico and Guatemala crossing into the U.S.

Laredo and southern California are home to two of the largest trade and transportation ports along the U.S.-Mexico border, and hundreds, if not thousands, of tractor-trailers move goods between the two countries.

Smugglers are taking advantage and carrying human cargo that can be easily transported across country lines without easy detection. 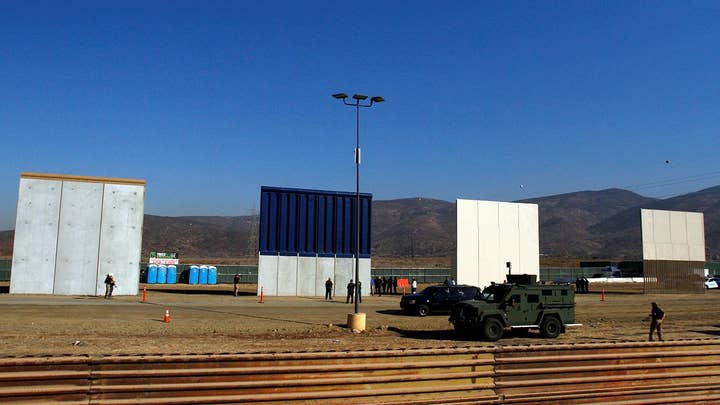 Jessica Vaughn, director of policy studies for the Center for Immigration Studies, told Fox News on Thursday that these locations are funnels for an “enormous” volume of international trade, making them easy targets for smugglers.

“There is no way that all of them are screened [as closely as they should be],” she said, adding the financial incentive from smugglers and drivers is just too high to discard.

In the case out of Boulevard earlier this week, the driver was identified as Shawn Lee Seiler, a U.S. citizen who told authorities he was “an alien smuggler” who expected to get paid $100 per immigrant that he got across. According to court documents, Seiler was surprised to learn there were 77 people in the truck as he was only expecting 50.

“[This] is only a fraction of what the smugglers [who are putting them on the trucks] are getting,” Vaughn said. “It’s a couple thousand – I believe the going rate was around $3,000 a person.”

She continued: “The cartels that control the flow are making a huge amount of money...It’s a multi-million dollar business.”

Miguel Contreras, the special operations supervisor for U.S. Border Patrol in Laredo, told Fox News Thursday that the cost is more around $5,000 to $8,000 that people pay the criminal organizations from point of origin to point of destination.

All of the immigrants swept up during the three January busts were in good condition when they were found -- but this is not always the case.

Last July, 10 people died as they were being smuggled through Texas. Thirty-nine immigrants were found packed into a semitrailer in the parking lot of a San Antonio Walmart. Eight were already dead when officials opened the trailer's door and two more died at hospitals.

The truck's refrigeration system wasn't working and the day's temperature had climbed to 101 degrees.

“These criminal organizations view these individuals as mere commodities without regard for their safety,” Gabriel Acosta, assistant chief patrol agent for the Laredo Border Patrol sector, said about the recent incidents. “The blatant disregard for human life will not be tolerated.”

It’s unclear how many tractor-trailers cross the border filled with human cargo and go undetected.

Contreras said they have seen an increase of tractor-trailer cases within the last few months. He said when spring hits, they expect to see an uptick.

In Laredo, border patrol are working to raise awareness among drivers that even though moving human cargo is “a quick buck” that there are consequences including jail time and losing their commercial driver’s license for life.

Vaughn believes law enforcement are seeing more immigrants crossing illegally into the U.S. in these conditions because it has become tougher to move in between the ports of entry. She said under the Trump administration, agents have shifted to patrolling the actual border, especially places where there is no actual border wall.

“We were missing a lot of people crossing the border,” she added.

The Trump administration’s hardline rhetoric and ongoing crackdown on illegal immigration does not appear to be deterring people from making the arduous trek across the southern border – mostly because the incentives awaiting them appear to outweigh the challenges or cost.

“They don’t know the details of the U.S. programs and the law; they just hear that there is going to be amnesty,” Vaughn said, adding that many believe they can work illegally once they make it to the U.S. “We have a moral duty to crackdown on this.”