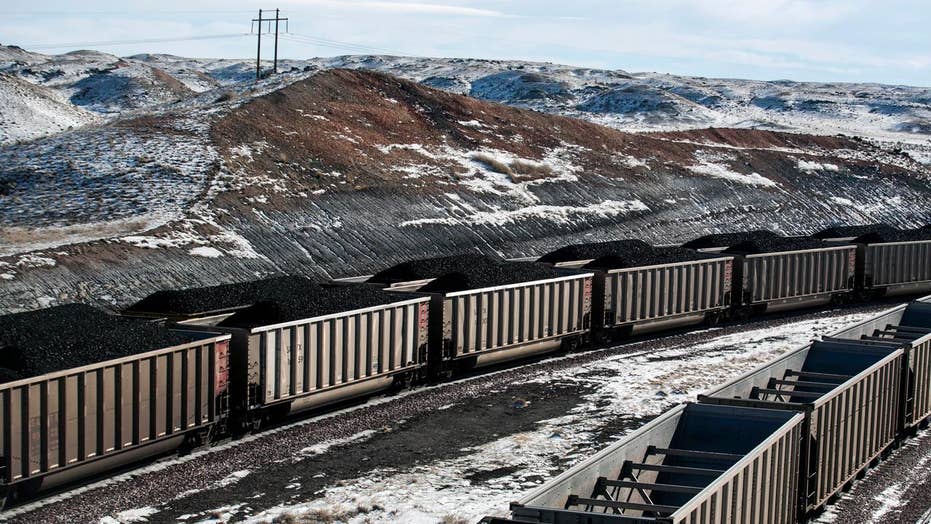 Sitting on the southern edge of the Great Basin Desert and towering almost 800 feet above the arid landscape of scrub brush and rocky buttes, the three massive smokestacks of the Navajo Generating Station can be seen from miles away.

Since the mid-1970s the coal-burning power plant has not only provided electrical power to customers across Arizona, Nevada and California. It also has been one of the main employers for members of the Navajo Nation living in the area as well as a source of government revenue and services such as free coal to heat homes in the winter.

But the plant’s future looks bleak as electric utility company Salt River Project and the plant’s four other owners recently voted to shut down operations at the end of 2019 – citing concerns that coal power is not economically viable as many utilities turn toward cheaper and cleaner-burning fuels like natural gas.

While there is no doubt that the closure would be a major benefit for the air quality and overall environment, which includes nearby Antelope Canyon, the Colorado River and Lake Powell, the move would devastate the already economically-fragile Navajo and Hopi communities whose land the plant sits on. Now with President Trump’s plan to inject new life into the slagging coal industry, two employees recently wrote a plan to have the federal government subsidize the coal the station buys from the nearby Kayenta Mine.

The generating station and the mine employee more than 800 people, and closing the plant would also mean the closure of the mine, which supplies millions of dollars’ worth of coal to the Navajo Generating Station a year.

“We looked back at the auto industry, the banking industry, even some solar companies that were subsidized with millions and millions of dollars,” Jerry Williams, an employee at the power plant for 36 years and the president of Navajo Nation’s Lechee Chapter House, told the Arizona Republic.

Williams, who co-wrote the plan with fellow plant worker Erwin Marks, said they have so far received the support of dozens of the 110 Navajo political chapter houses. While chapter house votes are not legally binding, they do influence delegates who serve on the Navajo Nation Council.

“We haven’t had one turn us down so far,” Williams said.

Under the plan, Peabody Energy – the company that owns the Kayenta mine – would provide the power plant with coal at a reduced price and the difference would be made up with subsidies from the federal government. Any deal would have to be approved with the consent of Peabody.

Peabody said in a statement to Fox News that the company has offered a proposal to keep the plant competitive and that an energy research firm it hired found that the Navajo Generating Station was still an economically viable operation.

"Peabody has come to the table with a lower, fixed coal price proposal representing a competitive fuel cost versus alternate generation sources and has engaged a globally recognized energy research firm to evaluate the plant’s economic profile," spokesperson Beth Sutton said in an email.

That doesn’t appear to be the thinking of the Salt River Project (SPR), which said that while it supports the effort to keep the plant running it has no interest in continuing as a part owner in the operation.

“SRP appreciates and supports the efforts of the Navajo Nation to explore all options to keep the plant operating beyond 2019 should they choose to do so,” Scott Harelson, a spokesperson for Salt River Project, said in an email to Fox News. “However, SRP will not be a participant of any potential new ownership group after our current lease ends on Dec. 22, 2019.”

Harelson added that his company hopes that the plant can get a lease extension by July and, if that succeeds, Salt River Project would be open to purchasing power from the plant in the future.

“If we are successful in obtaining a lease extension and if the Navajo Nation were to be successful in keeping the plant operating economically beyond 2019, SRP could potentially purchase power from NGS at that time if the price was consistent with our other alternatives,” he said.

In late February, Navajo Generating Station and Keyenta Mine owners and stakeholders along with Navajo Nation President Russell Begaye meet with members of President Trump’s Interior Department to discuss a plan to delay the decommissioning of the mine.

Begaye said in a statement to Fox News that the meeting was just “the first steps” and that the Navajo Nation needs more time to come up with a large-scale plan on how to save the plant.

“Closing the Navajo Generating Station in 2019 would have a devastating impact on our nation by impacting thousands of jobs and dramatically reducing our revenue,” Begaye said.  “We need more time to develop a comprehensive economic plan that allows the Navajo people who work at both the plant and Kayenta to continue to live on their homeland and practice their Navajo way of life.”

The Trump administration has made coal a major part of its energy policies -- rolling back President Obama’s climate initiatives and promising to revive the industry in places like West Virginia and Kentucky. But this may not be enough to save the Navajo Generating Station, or the coal industry overall.

Plant owners are more and more relying on power from cheaper and cleaner products like natural gas, and many owners say they lose money when they burn the fuel and are unable to sell the excess power on the market. Even with Trump’s moves to deregulate the coal industry, environmental liabilities and steep operating costs have forced many facilities to shutter their coal holdings.

Some experts say that even with a federal subsidy – estimated to be upwards of $100 million – it would not be an easy thing to make the power plant an economically viable operation as utilities can find cheaper alternatives elsewhere and that the federal government could better help the Navajo Nation by simply giving them more funding directly.

“We would not ever buy the quantity we are buying from Navajo today,” said Ted Cooke, general manager of the Central Arizona Project, which buys power from the generating station. “It’s not diversified enough for us.”