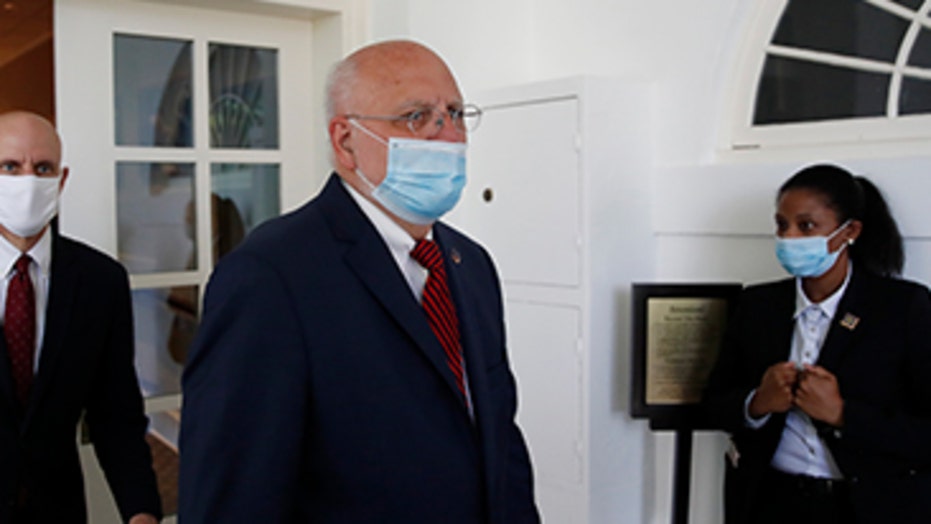 More than 1,200 pastors in California plan on resuming in-person religious services on May 31, in defiance of Gov. Gavin Newsom's temporary ban on religious gatherings to limit the spread of coronavirus.

Robert Tyler, an attorney representing a church in Lodi that sued Newsom last month, said the large group of pastors signed a “declaration of essentially” asserting their churches were essential and should be allowed to open. It detailed their plan to reopen on May 31 -- with or without the governor's permission -- while observing physical distancing and other virus precautions.

“We believe you are attempting to act in the best interests of the state,” Tyler wrote to Newsom, according to the Los Angeles Times, “but the restrictions have gone too far and for too long.

Newsom has slowly allowed some businesses to reopen as California's coronavirus hospitalizations have flattened in recent weeks. While retail business, office buildings, restaurants, shopping centers were approved to open as part of California's second phase -- churches are still banned -- along with hair salons and sporting events.

They are barred from reopening until the state's third phase. On Monday, Newsom said that could happen within weeks.

Tyler said some of the pastors represent multiple churches. He expects that up to 3,000 churches across California could have in-person services on May 31.

“This letter was not sent for the purposes of asking for permission,” he added.

The letter comes as a high-ranking Justice Department (DOJ) official warned Tuesday that parts of the state’s coronavirus shutdown order may infringe upon religious freedoms in California.

“Simply put, there is no pandemic exception to the U.S. Constitution and its Bill of Rights,” Assistant Attorney General Eric Dreiband wrote. "Laws that do not treat religious activities equally with comparable nonreligious activities are subject to heightened scrutiny under the Free Exercise Clause of the First Amendment."

U.S. District Judge John A. Mendez previously denied the church's request to keep the state from enforcing the ban on in-person worship.

In that decision, he wrote that “during public health crises, new considerations come to bear, and government officials must ask whether even fundamental rights must give way to a deeper need to control the spread of infectious disease and protect the lives of society’s most vulnerable," according to the paper.

Rabbi Michael Barclay signed the letter and plans on resuming services on May 31. He said he's been streaming his services, but not all of his congregants can use electricity on the Sabbath.

“It’s been extremely difficult to stay in contact with people, especially to deal with people and their psychological, emotional, and spiritual needs,” said Barclay. “It really has hurt the psyche and the spirit of people.”

Meanwhile, the Centers for Disease Control and Prevention released a report on Tuesday which showed that two symptomatic people who later tested positive for COVID-19 attended church events in rural Arkansas back in early March. 35 of 92 attendees who participated in events at the church later contracted the virus and three of them died.

"We stayed home so the virus quieted down and stopped spreading widely where it was spreading widely, but it's still out there," CDC director Tom Frieden told Fox News Wednesday. "So anytime you have a lot of people together in an indoor space and one of them is infectious, you can have a lot of cases."

In March, local police entered the Cross-Culture Christian Center in Lodi during a service to tell them they were violating the governor’s order. The church’s landlord later changed the locks, and police threatened to cite anyone who entered the property.

California has more than 85,997 confirmed coronavirus cases and at least 3,497 deaths from the virus as of Wednesday night, according to data from Johns Hopkins University.