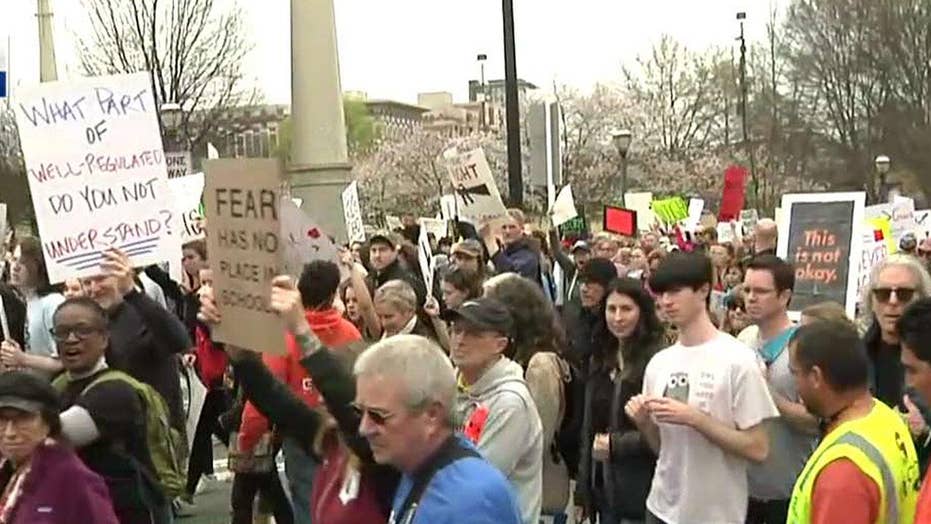 Thousands participate in Atlanta's March for Our Lives

Students speak out about why the decided to join the demonstrations.

The 9-year-old granddaughter of the Rev. Dr. Martin Luther King Jr. borrowed from the civil rights leader's most famous speech on Saturday when she spoke in front of thousands at the March for Our Lives rally in Washington.

"My grandfather had a dream that his four little children would not be judged by the color of their skin, but by the content of their character," Yolanda Renee King said when she took the stage. “I have a dream that enough is enough, and that this should be a gun-free world, period,” she added.

King was not the only young African-American activist to speak at the march, which for many spoke less to partisanship than to an intersection between gun violence and racial politics in America.

Naomi Wadler, 11, of Alexandria, Va., said she was speaking out to “represent the African-American women who are victims of gun violence, who are simply statistics instead of vibrant, beautiful girls full of potential."

RELATED: ‘MARCH FOR OUR LIVES’ GUN CONTROL RALLY TO DRAW THOUSANDS ACROSS US: EVERYTHING YOU NEED TO KNOW

"For far too long, these black girls and women have been just numbers," she said. "I am here to say never again for those girls, too."

Wadler added that she and a friend led a walkout at their elementary school earlier this month in support of gun safety measures.

The March for Our Lives rallies that unspooled nationwide --organized by survivors of the deadly shooting at Marjory Stoneman Douglas High School in Parkland, Fla., in February -- drew hundreds of thousands of participants. The Washington Post reported ahead of the event that at least 500,000 were slated to attend in D.C. alone. More than 800 related marches were held across the country, organizers said.

While gun control was the main focus of the event, it was not meant to be political, organizers said.

"There cannot be two sides to doing everything in our power to ensure the lives and futures of children who are at risk of dying when they should be learning, playing, and growing,” a mission statement on the organization’s website read.