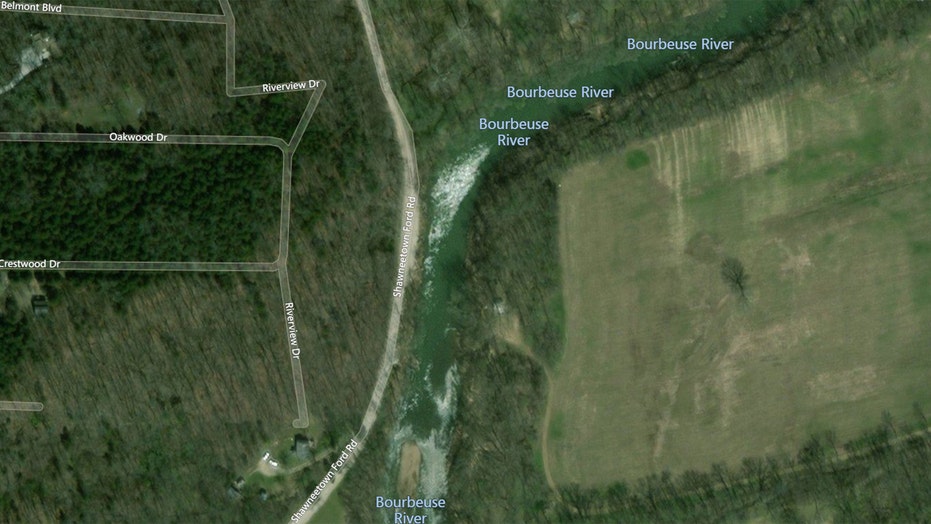 A man in Missouri was arrested after attempting to escape from police by floating down a river to flee a traffic stop on Friday, according to officials.

The Franklin County Sheriff's Office said on Facebook the incident unfolded around 8:30 a.m. when the 38-year-old man attempted to escape from police by floating down the Bourbeuse River.

The incident happened near the town of Union, located about 50 miles west of St. Louis.

Maj. Trevor Wild, of the Franklin County Sheriff’s Office, told the St. Louis Post-Dispatch the man drove through a hayfield and ditched his car Friday morning before he attempted to swim down the river.

Officials said the 38-year-old was initially stopped for driving without a license and failing to yield to law enforcement.

The man was seen in the river at 8:30 a.m. in the area of  Shawneetown Ford Road in Union, wearing a blue mechanics' type button-up shirt.

Officials said the man came out of the river and was caught by 1:30 p.m., five hours later.

AT LEAST 17 PEOPLE INJURED IN MULTIPLE SHOOTINGS OVERNIGHT IN NYC

Wild told the Post-Dispatch police arrested him but the 38-year-old was later released.

The man's identity was not released.

Wild said although it is definitely not normal, this is not the first time someone has attempted to escape by floating down a river. He said it has happened several times before.