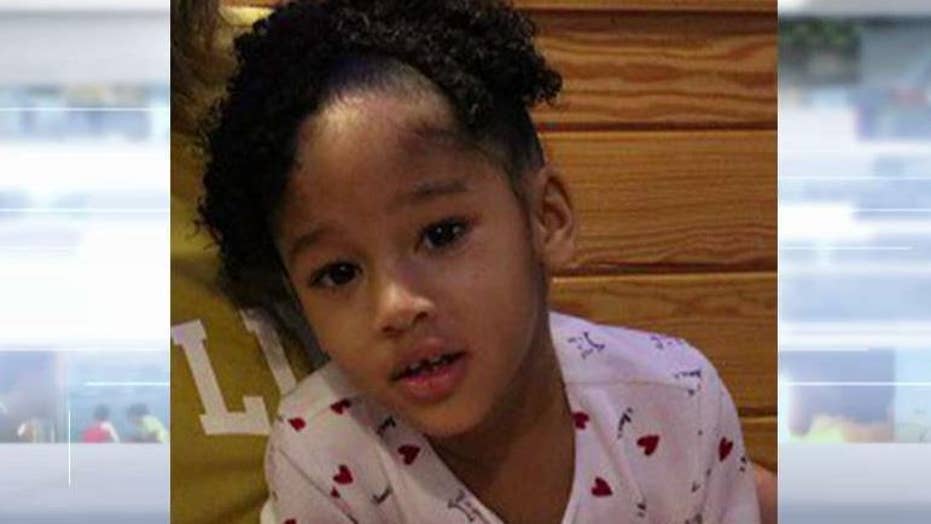 New developments in the search for 4-year-old Maleah Davis after the car her stepfather reported stolen the night she disappeared is found; Casey Stegall reports from Dallas.

The mother of a missing 4-year-old Houston girl said through a spokesman that her boyfriend was responsible for the disappearance.

Community activist Quanell X spoke on behalf of Brittany Bowens, the mother of Maleah Davis, accusing Darion Vence of harming the girl Friday, according to reports.

“There’s a lot that hasn’t come out, that’s for sure,” the spokesman said, according to the Houston Chronicle.

Quanell X said video shot by a neighbor shows Vence walking in and out of their apartment with multiple bottles of bleach before Maleah was reported missing, Fox 26 Houston reported.

He said the video also shows Vence walking out with a garbage bag stuffed into a laundry basket.

Quanell said Bowens also claims Vence abused Maleah, according to the station. She failed to speak up out of fear, he said.

Houston police declined comment Friday and Vence could not be reached for comment, CBS 11 Fort Worth reported.

STEPFATHER OF MISSING HOUSTON GIRL, 4, 'PERSON OF INTEREST' IN HER DISAPPEARANCE, REPORT SAYS

Texas child welfare workers investigated Bowens and Vence for child abuse after Maleah suffered a head wound, the station reported. Maleah and her brothers lived in a foster home for six months while the allegation was investigated and returned in February.

Vence reported Maleah missing Saturday, saying she had been abducted by men in a pickup. He said he and his 2-year-old son were also abducted but that they were later freed. Vence said it happened on his way to the airport to meet Bowens and that the abductors stole his vehicle.

That vehicle was later found in the Houston suburb of Missouri City, police said Thursday.