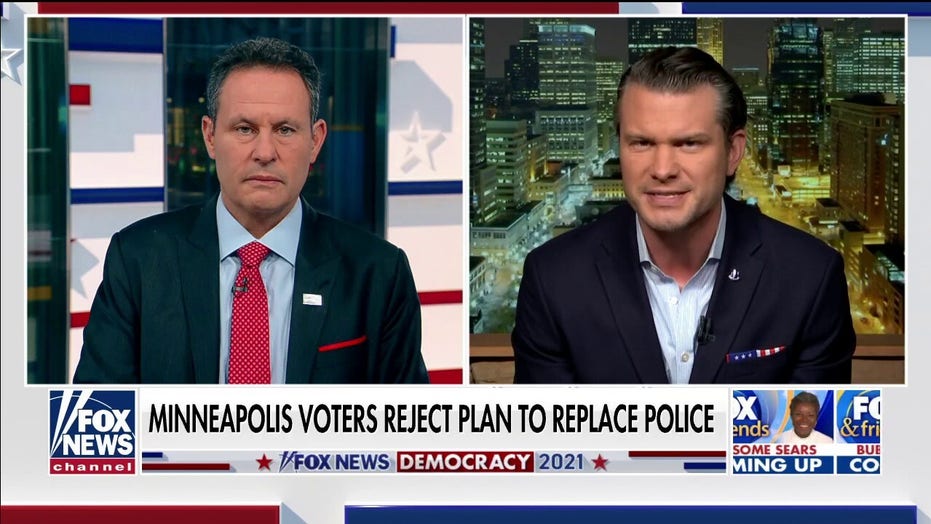 Minneapolis city officials on Monday are expected to review a new tentative contract that would give officers raises and bonuses totaling $7,000, as the police department mired in controversy after George Floyd’s death has been grappling with severe staffing shortages.

The specific details of the new contract have not been made public, but Minneapolis City Council’s Policy & Government Oversight Committee included a summary of the agreement scheduled for discussion during its meeting to be held via Zoom at 1:30 p.m. local time.

The summary also has a section for non-economic and model language up for discussion.

The city’s latest job postings say cadets start at $21.46 per hour; officers coming from other departments could receive between $31.45 and $40.74 hourly. If approved, the agreement would cover 2020 through 2022. New negotiations would be needed for 2023.

Minneapolis has about 544 officers on staff – about 300 fewer than before Floyd’s killing.

The discussion on Monday comes as Minneapolis Mayor Jacob Frey separately weighs recommendations on how to implement one of the most sweeping changes to the city government’s power structure in decades. In November, voters rejected a ballot measure to replace the Minneapolis Police Department and approved a separate measure intended to increase the mayor’s powers over the city council.

The new "executive mayor" power structure is intended to eliminate confusion when the city must respond to emergency events, such as the rioting that engulfed Minneapolis following Floyd’s death. The city has seen other large-scale demonstrations after the deaths of other Black men that involved police, including Daunte Wright and most recently Amir Locke, who was shot and killed during an early morning Minneapolis police raid.

"This is a gigantic shift and represents what could be some of the most important decisions that we ever make in our government," Frey said at a press conference on Friday. "The changes that we make, the decisions that we're making today and tomorrow and over these next several months will have long-lasting impacts. This is the once in a generational opportunity to really get this right."

Frey appointed a work group that met seven times in December and January to come up with recommendations on how he should structure city government with his newfound executive powers. A report from the work group released Friday recommended the mayor appoint a city operations officer who would direct department heads in the day-to-day operations of the city on behalf of the mayor.

It also recommended Frey appoint a chief of staff to ensure the mayor has access to the people, constituencies, elected leaders, nonprofit and business organizations and the information to assist in decision-making and the consistent operation of the mayor’s office.

Frey is to present his final decisions on the changes to City Council on March 22.