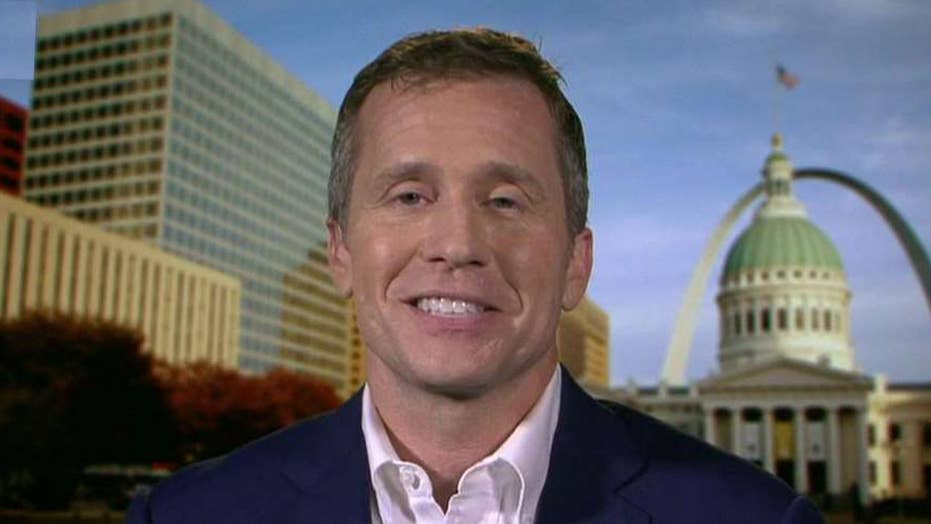 As some large U.S. cities raise, or consider raising, their minimum wages, state lawmakers are pushing back with laws that void or block the local efforts.

Preemption bills, as they are known, are growing more common, mainly in states where Republicans control the legislature and governorship. They are being drafted and passed in response to moves by city officials – most of them Democrats – to raise the minimum wage and expand paid sick leave, among other things.

St. Louis city officials passed a city ordinance in 2015 raising the minimum wage to $10 an hour and Birmingham, Ala., approved a $10.10 base wage.

But in both cases, state legislators put a stop to the moves through preemption measures that prohibit county and municipal governments from setting their own minimum wages.

Many city officials in the throes of such battles see preemption laws as an insidious tool that conservatives are using to usurp their authority and tie their hands.

“We have a poverty level of almost 25 percent here in Kansas City,” Kansas City Councilman Jermaine Reed, a vocal proponent of a higher minimum wage, said to Fox News. “Folks need to make more money in order to live, enjoy and raise families in Kansas City -- $7.75 isn't enough. The average apartment renter would need to make at least $14 an hour to afford to live on their own.”

We have a poverty level of almost 25 percent here in Kansas City. Folks need to make more money in order to live, enjoy and raise families in Kansas City.

State Rep. Jason Chipman, a Missouri Republican who sponsored a House bill forbidding local governments from establishing a minimum wage, told Fox News that raising it will end up hurting people more than helping them.

In 2014, Seattle became the first major city to approve a sharp increase in the minimum wage to $15 per hour by 2021. (Reuters)

“When you raise the cost to the employers, they’re going to raise prices,” Chipman said. “It’s not going to be overnight, but eventually it will filter to everything else, increases in rent, utilities, food, clothing. They will go up and people will end up right back in the same place.”

State legislatures are not the only venue that has been friendly to opponents of minimum wage hikes; in some cases, the courts have been supportive. In Florida, for instance, three business groups – the Florida Retail Federation, the Florida Restaurant and Lodging Association, and the Florida Chamber of Commerce – filed a lawsuit in December against a new Miami Beach law raising the mandatory minimum wage to $10.31 by Jan. 1, 2018, and then by $1 each year until 2021.

In May, a Miami-Dade circuit court judge invalidated the city’s ordinance.

In a February report on the growing trend, the National League of Cities said 24 states had preemptive laws or statutes that block local governments from raising the minimum wage.

“As of the 2016 election cycle, Republicans have 25 government trifectas, meaning they control both legislative chambers and the governor’s office, while Democrats have trifectas in six states and control a larger portion of city halls.”

When you raise the cost to employers, they're going to raise prices...they will go up and people will end up right back in the same place.

The federal minimum wage of $7.25 has not been increased since 2009. That led most states to raise the minimum, many of them to less than $10.

Many efforts by local officials to raise the wage beyond the state rate call for incremental increases over a period of years, some of them eventually going to $15 per hour.

Seattle, which in 2014 became one of the first U.S. cities to pass a measure raising the minimum wage – with a goal of reaching $15 by 2021 – is seen as a testing ground by both sides of the issue.

But analysis of the impact of Seattle’s minimum wage hike to $13 is not very clear-cut, with at least one study indicating a positive effect and others just the opposite. A new study from the University of California, Berkeley argues that Seattle’s wage hike has boosted pay for restaurant workers without costing jobs.

These preemptive laws are being motivated by special interest groups, and that undercuts the rights of voters.