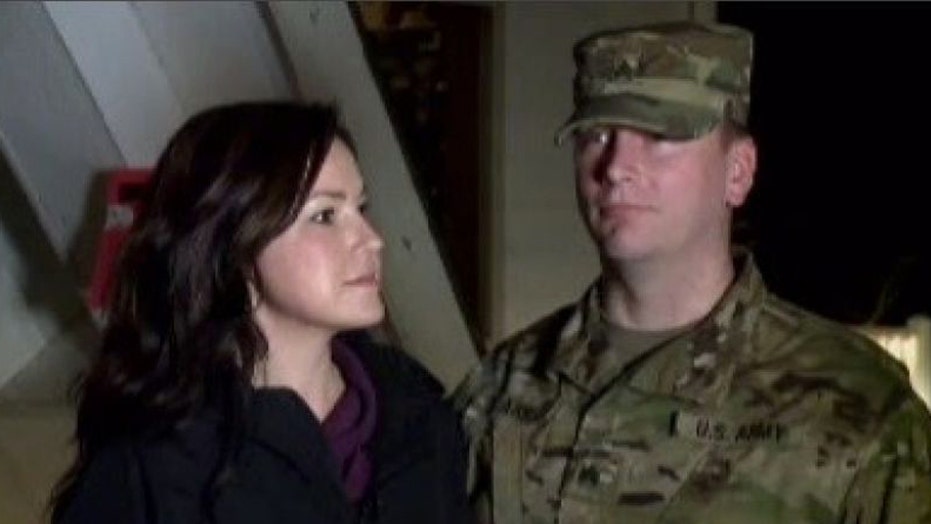 Military family kicked out of home amid collapse concerns

Members of a military family in Washington state said Tuesday they were heartbroken as the government kicked them out of their dream house because it is in danger of plunging into a river.

The Carrs, who live on the banks of the swelling Nisqually River near Yelm, said recent storms and dam releases have sent the river straight up to their house, and Thurston County officials want to tear down the home before it falls into the water.

She said the home was built about 100 feet from the edge of the river and the family of four planned to live there for a long time. Her husband, Johnny, reportedly served time in Afghanistan with the U.S. Army.

"It's heartbreaking." Heather Carr reacts to red tag on Nisqually River home. It could fall in soon. 5pm #liveonkomo pic.twitter.com/m5afIoutdK

But on Tuesday, officials nailed a red tag on the house’s door – and no one is allowed in as it could collapse at any moment.

"Because if you lost another 5-6 feet it could take the deck and a portion of the house," Thurston County plans examiner Tim Rubert told KOMO News. "If somebody was in it they could die."

The family moved out of the home weeks ago and is staying with friends, but is continuing to pay the house’s mortgage.

The county is seeking to obtain a Department of Ecology emergency grant to take down the home and find some way “to compensate whoever the owner ends up being,” said Andrew Kinney, an emergency manager coordinator.

The Carrs are hoping the bank forgives the loan. A GoFundMe website set up to help with the mortgage payments raised nearly $20,000 by Wednesday.