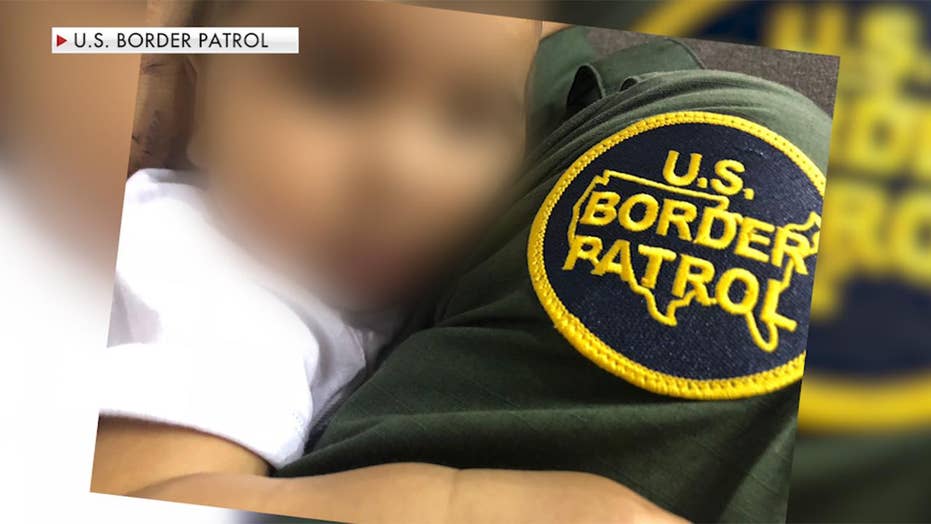 Border patrol agents say they are alarmed by the growing number of migrants illegally crossing the border with children, who are not their own.

MCALLEN, Texas – Border patrol agents say they are alarmed by the growing number of migrants illegally crossing the border with children – who are not their own – to avoid long-term federal custody.

A decades-old settlement, known as the “Flores agreement,” limits the amount of time U.S. officials can detain immigrant children – thus doing the same for their parents, which Ortiz said motivates many of the false relationships.

The problem became so prevalent that the agency began carefully tracking fraudulent family cases in the Rio Grande Valley, after agents noticed a heightened use of fake documents. In fiscal year 2018, Ortiz reported 600 instances.

Recently, border patrol agents rescued a 4-month-old Honduran child from a man falsely identifying himself as her father. In an interview with officials, he admitted purchasing the fraudulent document. Agents later discovered it wasn’t the illegal immigrant’s first time using a child to avoid long-term federal custody. In 2013, records revealed he smuggled an 8-year-old child across the border, claiming he was the father. They were released from federal custody because they received a family unit designation.

Ortiz called cases like this heart-breaking, putting young and vulnerable children at risk.

“We really are concerned, especially for those tender-age children because quite often they can’t communicate that they’re not with a family member,” he said.

He said during long and dangerous treks toward the U.S. border, which can span several weeks, agents worry about the kind of abuses these children may face.

A border patrol agent holds a 4-month-old child after an illegal immigrant falsely claimed her as his child. (U.S. Border Patrol)

“At no point should a child be placed in any harm or danger, and that’s exactly what’s happening,” Ortiz added. “They’re being used as a commodity to circumvent a loophole.”

On Thursday, officials revealed that in seven of 102 cases involving children under 5 separated from their guardians, the adult was determined not to actually be the parent.

But the exact circumstances surrounding each case are unclear.

The Trump administration announced Thursday the reunification of all eligible children under 5 after missing the initial court-ordered deadline earlier in the week.

This comes after a federal judge sided with the American Civil Liberties Union on Tuesday to speed up the reunification process by, among other things, skipping DNA tests for many children.

Some of the border patrol agents with the Rio Grande Valley sector expressed some concern over the ruling, saying it could present a risk to security if limitations on DNA tests expand.

But immigration advocates argue that these children call for special circumstances.

“The court could not have been clearer that business as usual is not acceptable,” Lee Gelernt of the ACLU said in a statement. “The Trump administration must get these children and parents reunited.”