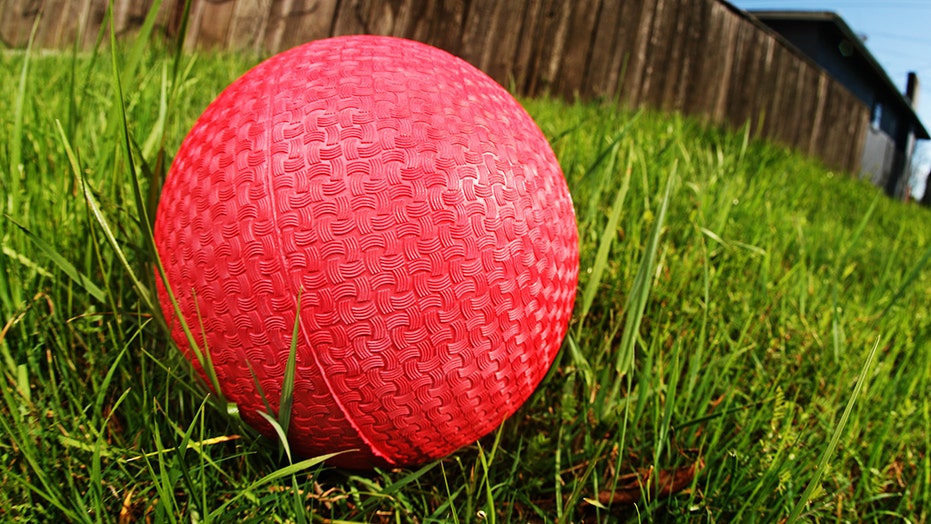 Researchers in Canada conclude that the old-fashioned game triggers bullying in schools. Jesse Watters faces off with one of the professors who co-authored the study.

Prosecutors in Michigan have dismissed te assault charges that were briefly filed against a 10-year-old boy who reportedly threw a rubber ball at another student -- allegedly causing the classmate to suffer a concussion and leaving abrasions on his face.

Wayne County Prosecutor Kym Worthy announced Tuesday a young boy at Eriksson Elementary school in Canton Township was charged with aggravated assault after he'd allegedly caused serious injury to another student during a game of “Tips.”

According to prosecutors, that boy was playing the schoolyard game April 29 with several other children. In the game, a rubber ball, similar to the kind used in dodgeball, is tossed in the air and players must race to catch it.

But after the game came to an end, the 10-boy allegedly took the ball and “intentionally threw it with force” at a 9-year-old student, allegedly causing that boy's injuries.

The victim’s mother contacted local police who submitted their findings to prosecutors and resulted in the aggravated assault charge.

“In many juvenile cases, we are able to craft solutions prior to charging any offense. After charging, remedies can be anything from dismissal, to providing needed services for the juvenile respondent to diversion programs and beyond,” Worthy said in a statement Tuesday.

The following day her office announced that the county would be dismissing the charges.

“I have no doubt that both families involved love their children and want the best for them. But I do think that there is a better way to go forward at this time. And the cooperation of all parties is needed,” Worthy said Wednesday. “While the charge in this case is certainly sustainable, I have instructed my staff to dismiss this case today.”

Worthy also addressed claims that race may have played a role in the initial charging of the student.

“The mother of the alleged victim had every right to go to the authorities and the authorities had an obligation to investigate. When this case was reviewed by my office, no one paid attention to the race of either party. It is categorically wrong to suggest that this was charged based on race or geography,” she said.

Prosecutors said they hope the families can reach an agreement outside of court but have not ruled out revisiting the charges if such an agreement can't be made.