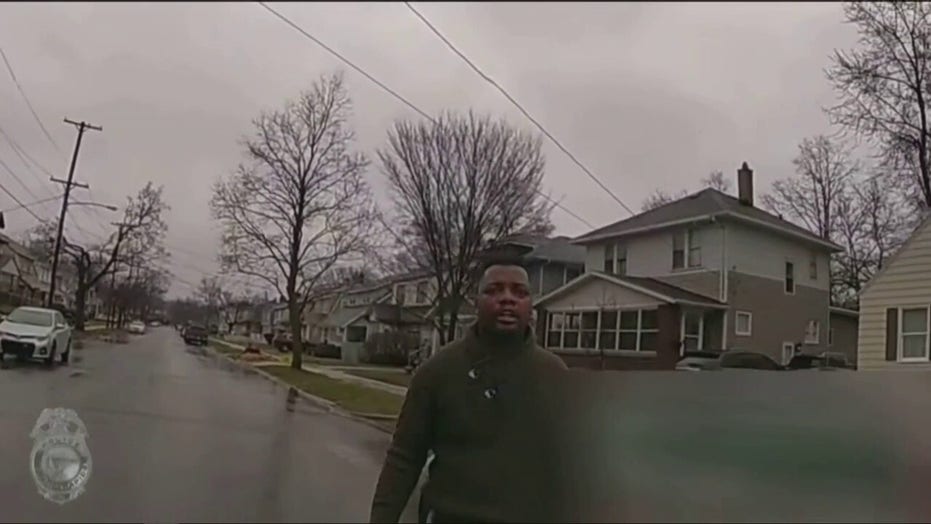 High-profile civil rights attorney Ben Crump called for the officer who shot and killed 26-year-old Patrick Lyoya last week to be terminated and prosecuted at a press conference alongside Lyoya's family on Thursday.

It came one day after the Grand Rapids Police Department released several videos of the encounter, which show the officer and Lyoya struggling over a taser before the fatal shooting.

Crump called the shooting a "deadly execution" on Thursday.

"We demand that the officer who killed Patrick not only be terminated for his use of excessive and fatal force but be arrested and prosecuted for the violent killing," Crump said. "Equal justice requires it."

Lyoya, a refugee from the Democratic Republic of Congo, was pulled over by the officer on the morning of April 3 because his vehicle's tags didn't belong to the car he was driving.

The 26-year-old got out of the car before the officer could reach him and started to run after a brief interaction.

The officer tackled Lyoya and the two struggled over the officer's taser, with the officer commanding Lyoya multiple times to take his hand off of it.

After about two minutes, video appears to show the officer drawing his handgun and shooting Lyoya once in the back of the head, killing him.

Lyoya's father, Peter, said that he moved his family, including Patrick and five other children, to Michigan in 2014 to escape violence in their native Congo.

"My life was Patrick, my son. I was thinking that Patrick will take my place, and to see that my son has been killed like an animal by a police officer, to see this video they show, I see that I have no life, I see my heart being broken," Peter said through a translator.

Kent County Prosecutor Chris Becker is reviewing evidence and will decide whether to bring charges against the officer, a 7-year veteran who has been placed on paid leave while the investigation takes place.

"I once again ask the community for patience in this matter," Becker said Wednesday after the footage was released. "This is an extremely critical incident, and one that everyone involved in the investigation is taking very seriously."

The officer's identity won't be released unless he is charged with a crime.