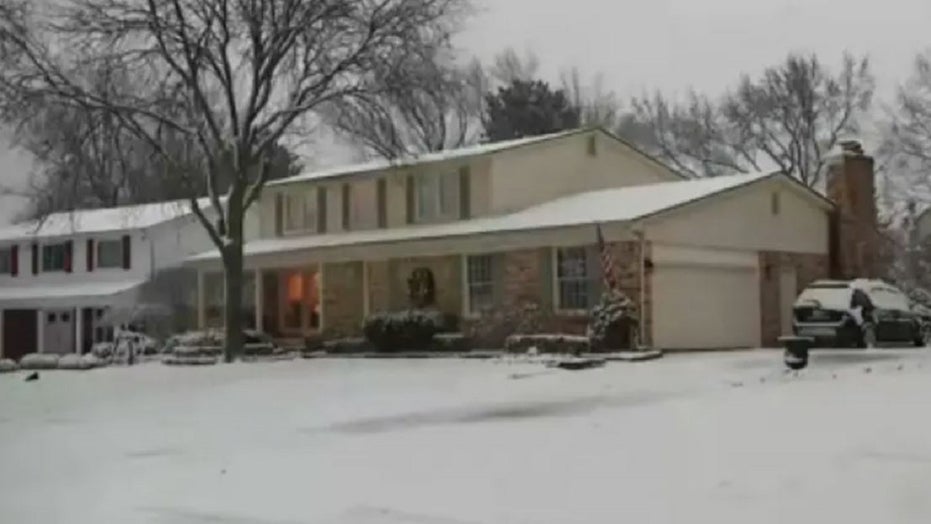 A Michigan man shot and killed his twin brother and himself and wounded his father in a series of shootings inside a home and may have also killed the family dog, police said.

Authorities in Troy, 25 miles north of Detroit, said the unidentified 23-year-old committed the crimes Monday morning but no motive has been disclosed. Officers received a call around 12:25 a.m. from a 62-year-old man who said he had been shot by his son inside a home.

A Michigan man killed his twin brother and himself and shot his father in a Detroit-area home Monday morning, police said. (WJBK)

Around the same time, authorities received a second call that a vehicle had crashed into a tree nearby. At the home, officers found the wounded man. He was treated and taken to a hospital.

He remains in critical but stable condition.

A woman, 64, was at the home when shots rang out but was unharmed, police said. The suspect was found in the basement dead from a self-inflicted gunshot wound, authorities said.

"He is believed to be responsible for the shooting death of his twin brother in the basement of the residence and shooting of his father upstairs," police said in a statement.

The vehicle that crashed into the tree was registered to the home. The family dog was also found shot and killed in the backseat.

A handgun believed to be the murder weapon was also found inside. Investigators have spoken to the father and said everyone is cooperating with authorities.