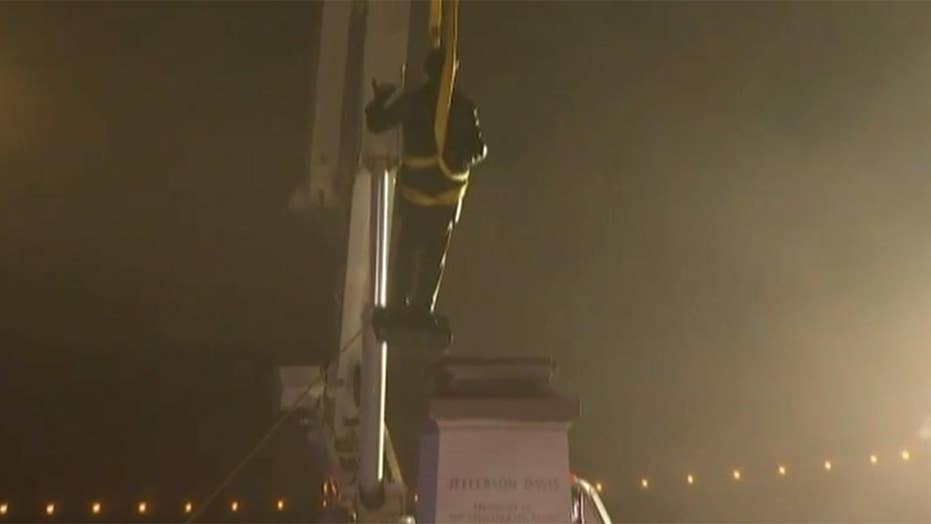 Tennessee’s GOP-led House voted Tuesday to strip $250,000 away from the city of Memphis after the city removed Confederate statues on a dark December night through a legal loophole.

The quarter-million was supposed to go to the city’s bicentennial celebration next year, but as a way of punishing the city for removing Confederate monuments, Tennessee’s House appropriations passed a last-minute retaliation amendment that triggered a lively floor debate with both sides slinging hyperbolic accusations, FOX 61 reported.

Republican Andy Holt said taking statues down was erasing history, akin to “what ISIS does,” but Democrat Antonio Parkinson blasted the amendment as “vile” and “racist” before fellow lawmakers started to boo.

After the Tennessee Historical Commission refused to allow Memphis city leaders to remove statues of Nathan Bedford Forrest and Jefferson Davis from two city parks in October, Mayor Jim Strickland sold the parks containing the statues for $1000 each. And in the dark of the night, the Confederate statues were removed in December.

The amendment, sponsored by Republican Matthew Hill, passed along with the $37.5 million budget.

“You remove money from a city because we removed your god from our grounds,” Parkinson said.

STARNES: MEMPHIS MAYOR SHOULD BE HAULED OUT OF CITY HALL IN HANDCUFFS

Republican representative Gerald McCormick, who grew up in Memphis, said the move was about obeying the spirit of a law intended to protect historical monuments.

“And the law was very clear, and they got smart lawyers to figure out how to wiggle around the law, and I think that’s what the issue is,” McCormick said.

Democrat Bo Mitchell warned of “bad consequences” as a result of choosing to honor Forrest, who “fought against our country, committed treason, then was a proven war criminal, and was a slave trader.”

“You’re going to choose to honor that person here on this floor today and hold it against a city,” Mitchell said.