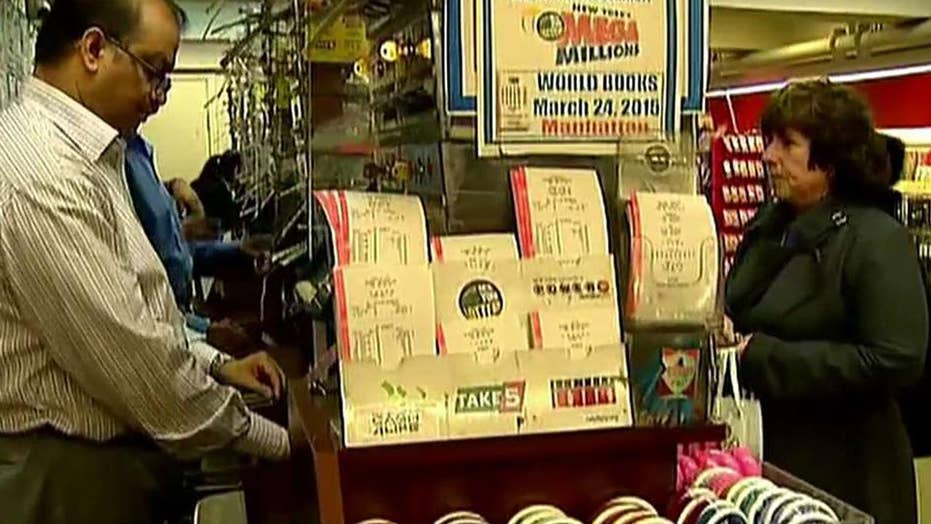 The Mega Millions jackpot on Saturday climbed to a staggering $1.6 billion after it was revealed that no winning ticket was sold in Friday night's drawing, making it the highest jackpot in Mega Millions history.

The next drawing will be on Tuesday. The estimated jackpot for that drawing would tie the largest lottery prize in U.S. history.

There has been no winning ticket since a group in California won on July 24. The group pulled in $543 million.

It costs $2 to play the game, but the odds of winning the jackpot aren't good. The chance of matching all six numbers and taking home the grand prize is one in 302.5 million.