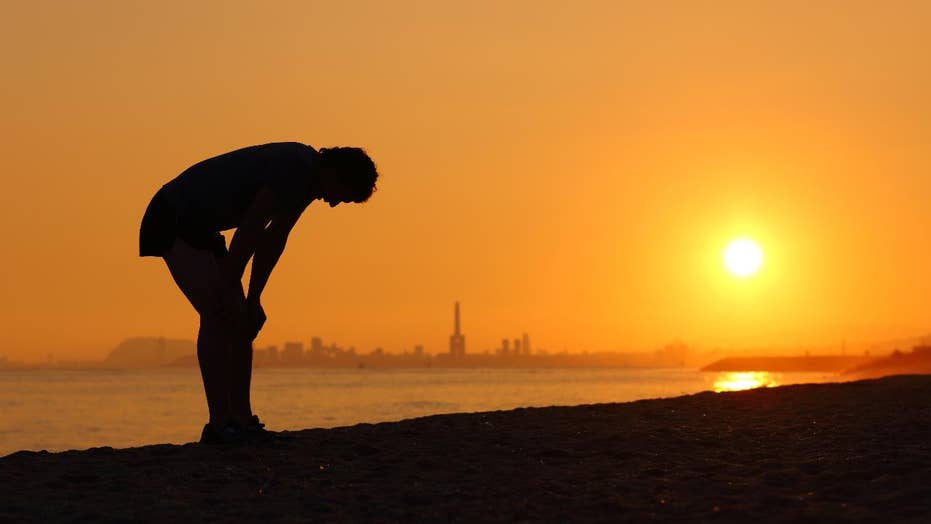 Heads up, America: A massive heat wave is expected to roast much of the nation through the weekend.

The National Weather Service (NWS) this week warned a “scorching heat wave” is expected to affect roughly two-thirds of the nation starting Wednesday and continuing through the weekend.

“About a total of 20 to 30 record highs are possible this Friday and Saturday, from the Front Range of the south-central Rockies to the East Coast,” the NWS said on Twitter.

On its website, the NWS said a “dangerous and widespread summer heatwave” is caused by a “large dome of high pressure that will allow high temperatures to surge into the 90s and 100s in many locations.”

"Widespread highs in the 90s to 100 combined with dewpoints surging into the mid and upper 70s will create heat indices as high as 110 through this weekend," the NWS said later Wednesday in an updated warning.

At least one meteorologist predicted some 290 million Americans could see temperatures of at least 90 degrees Fahrenheit.

Detroit could see a heat index of 105 degrees on Friday and Saturday afternoon, while temperatures in Chicago are expected to reach a similar level, per NBC News. Parts of Kansas, Oklahoma, Nebraska, Missouri, and Iowa, among other Midwestern states, are under an excessive heat warning.

In New York City on Wednesday and Thursday, heat indices are forecast to be in the 90s. "Peak heat is expected into the weekend, with temperatures in the mid to upper 90s and heat indices close to 105 degrees on Friday and close to 107 degrees on Saturday,” according to a statement from the city’s Department of Emergency Management.

Cooling centers — such as air-conditioned libraries and community centers — opened around the city on Wednesday. Cities such as Chicago and Philadelphia have also opened cooling centers.

BASEBALL TEAM'S COACH, 6, DRESSES DOWN UMPIRE AFTER CONTROVERSIAL OUT

Temperatures at night won’t offer much relief, either. Low temperatures are expected to stay in the upper 70s and 80s, the NWS said.

“Hot weather is dangerous and can kill. People with chronic physical and mental health conditions should use air conditioning if they have it, and get to a cool, air-conditioned place if they don’t,” New York City Health Commissioner Dr. Oxiris Barbot said in a statement. “During times like these, we all need to look out for each other. Be a buddy and check on your family, friends, and neighbors who are at risk and help them get to a Cooling Center or another cool place – even if for a few hours.”

Those suffering from a heat-related illness may experience nausea and vomiting, dizziness, a rapid heartbeat, and trouble breathing, among other symptoms. The NWS offers tips on how to beat the heat and stay cool, as well as how to respond to a heatwave. For more information, click here.