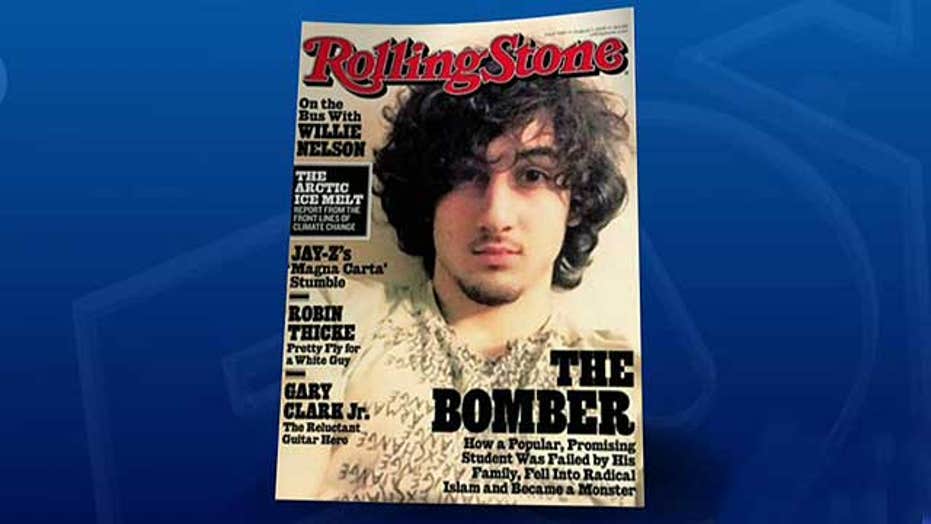 The Massachusetts State Police veteran who released arrest photos of the Boston Marathon bombing suspect without permission has been put on restrictive duty.

The closed hearing for Sgt. Sean Murphy before a three-person panel was held Tuesday at the department headquarters in the town of Framingham, MyFoxBoston.com reported.

Murphy had already served a one-day unpaid suspension for the unauthorized release of the photos to Boston magazine.

The U.S. attorney's office called the release of the photos "completely unacceptable," and some attorneys said the images and Murphy's comments could be used to argue government bias against Tsarnaev.

Others said it was important to show the real Tsarnaev after the flattering cover shot, which showed a brooding Tsarnaev in a pose that recalled the magazine's treatment of Jim Morrison.

Murphy declined to comment Tuesday. He had said in a statement to Boston magazine that the cover was an insult to police, military members and the families of anyone killed in the line of duty.

"This guy is evil," Murphy said. "This is the real Boston bomber. Not someone fluffed and buffed for the cover of Rolling Stone magazine."

Murphy's lawyer told the Boston Herald his client released the photos "from the purest of motives."

State Police top brass and federal prosecutors were furious over the unauthorized release, but many support what Murphy did, including the family of slain MIT officer Sean Collier, who met with Murphy over the weekend, the report said.

A Facebook page called "Save Sgt. Sean Murphy " has received nearly 57,000 "likes," with many commenting Murphy made the right decision in leaking the photos of Tsarnaev bloodied while surrendering to authorities.