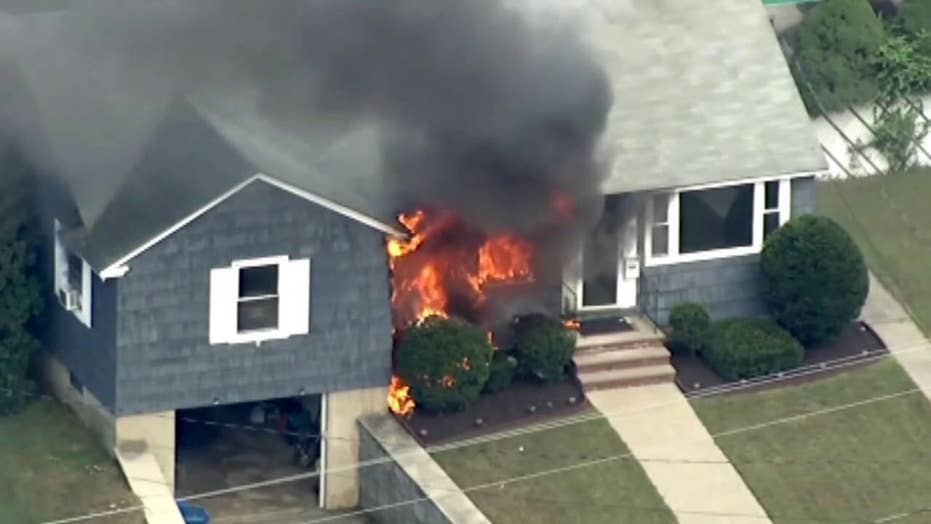 Massachusetts Governor Charlie Baker declared a state of emergency Friday, and has tapped a different utility company for restoration efforts.

A Massachusetts police officer put others before himself and went to help his community after a series of gas explosions ignited fires in at least 39 homes – including his own home.

Officer Ivan Soto of the Lawrence Police Department told Boston 25 News he witnessed his residence go up in flames but went back to work after ensuring his family was safe on Thursday.

Soto tried to save Leonel Rondon, 18, who was killed in the incident after a chimney toppled by an exploding house crashed into his car. He was rushed to a Boston hospital but pronounced dead in the evening.

"We jumped on the car, and we were trying to pull the chimney," Soto said. "We just want to get it off of him, you know. We wanted to save him."

A GoFundMe was set up for Soto’s family by his neighbors to help raise money for the belongings they lost in the fire. Soto’s wife, Veronica, told Boston 25 News the family lost their two cats in the fire.

"We lost everything material which can be replaced," Veronica Soto said. "We did lose our fur babies, which that, that’s the hardest part."

The officer said he was thankful for the donations but wanted the community to help Rondon’s family first. A GoFundMe page has been set up for Rondon’s family.

"I just wanna make sure that Leo's family is taken care of, too, and people can donate," Soto said.

The explosions injured at least 25 people and left an estimated 8,000 people displaced. State and local authorities were investigating.