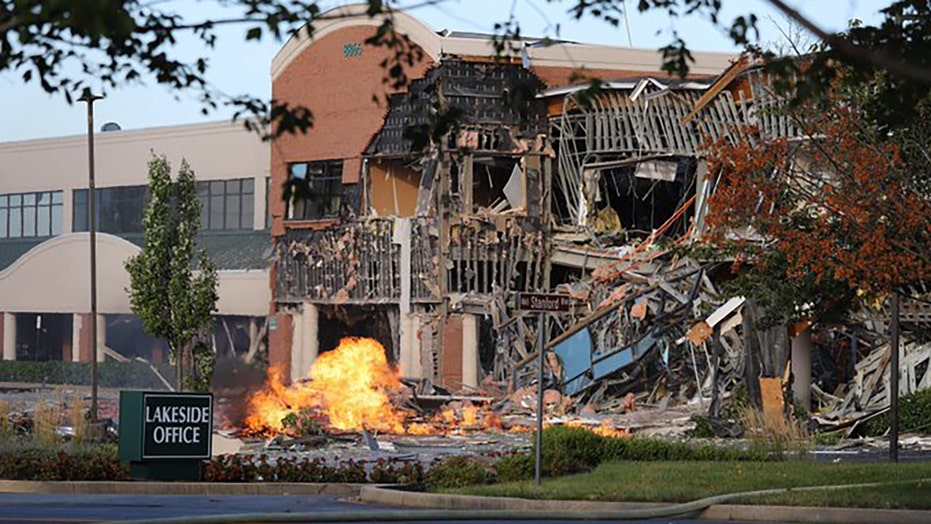 A gas explosion in Columbia, Md., destroyed at least one building and sent shock waves rippling through homes over a mile away early Sunday.

Howard County emergency officials said they responded to reports of a gas leak in the city's business district around 7:30 a.m. -- about 30 minutes before the explosion.

No businesses were open yet and officials were able to evacuate all bystanders beyond a safety perimeter 1,000 feet away, Howard County Fire Battalion Chief Stephen Hardesti said during a press conference. No injuries were reported in the blast, officials said.

“If it had been a normal workday, the evacuation or clearing of the area would have been a little bit harder, and we would have definitely had a different circumstance,” Hardesti said.

The gas leaked out from a "crater" about 10 feet long and several inches wide in the parking lot and migrated into the building, Hardesti said. Electricity and gas were shut off in a widespread area following the blast.

Hardesti said the building appeared "totaled" and was in danger of collapsing. Crews were working to secure the building.

The U.S. Social Security Administration is located in the Lakeside Office building, which also houses other businesses. It wasn't clear which businesses were in the part of the building that exploded.

Residents reported feeling a rumbling and hearing a loud boom that shook their homes just before 8 a.m. Many said the trembling felt like an earthquake.

“My neighbors, wife, and I all felt a rumble a few (around 10-15) minutes ago," a resident wrote on Twitter. "All our houses visibly and audibly shook.”

People from over a mile away felt the blast, FOX5 DC reported.

“I’m 5 miles away and I heard and felt it! Shook the roof,” wrote one user.

“Outside walking dogs and it shook the hell out of everything,” another wrote.

Officials said an investigation into the origin of the blast was ongoing.