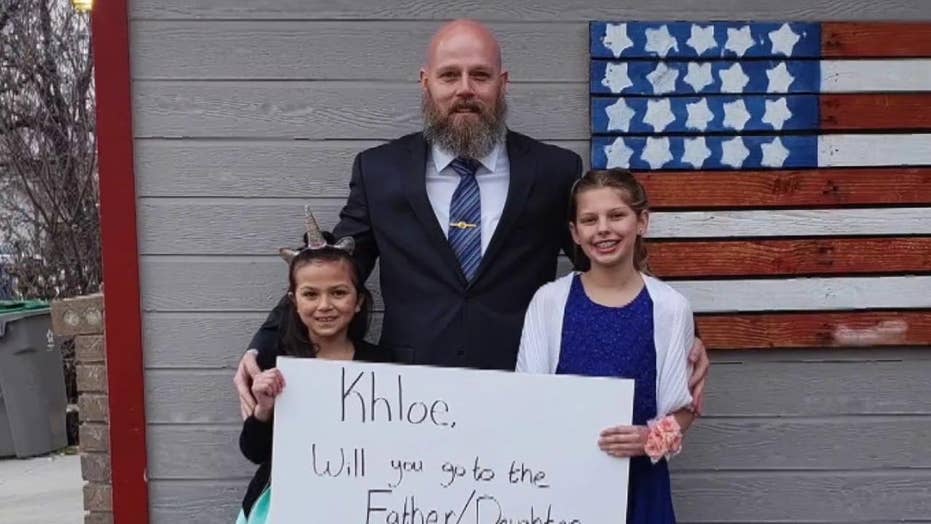 Steve Exceen, a Marine vet, took Khloe to a father-daughter dance, known as Ties and Tiaras.

Khloe’s dad, Kody, also a Marine veteran, took his life after a battle with post-traumatic stress disorder when Khloe was just 2 1/2.

KIVI-TV reported that Khloe had been bullied at school for being fatherless.

“I’ve never gone to a daddy-daughter dance before so I was excited to go and get to experience it with someone,” said Khloe, who called the night “epic.”

He said he did the good deed just to get her to smile.

He said, "I'm hoping that other men will step up, and do the same thing for somebody and have them experience what Khloe’s experiencing."