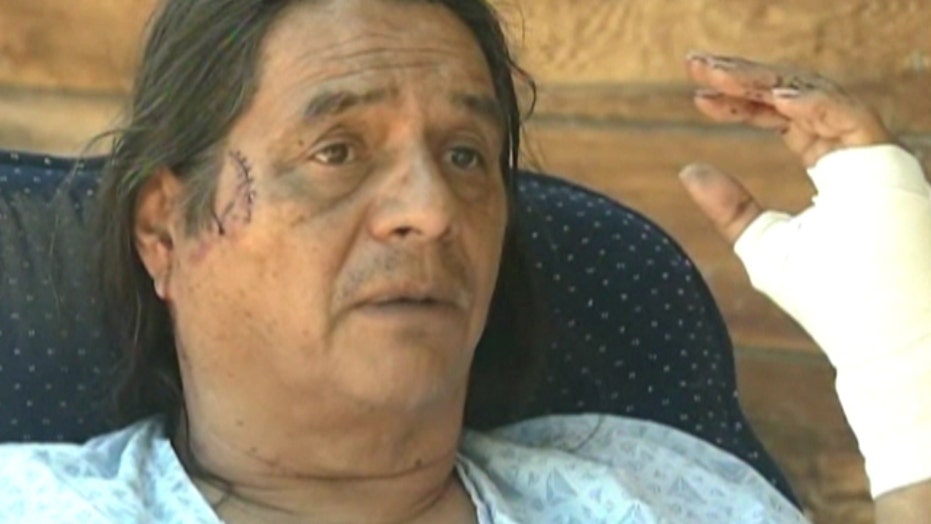 As a combat veteran, 66-year-old Larry Yepez knows when it’s time to fight. Even if his opponent is a vicious 200-pound black bear.

Yepez, who served in the Marines and was awarded a Purple Heart during his time in Vietnam, found himself in the clutches of the creature outside his California home around 4 a.m. Thursday.

“I could feel the blood running out of me,” Yepez told the Washington Post. “That’s when I decided, ‘I’ve got to fight, man.’”

"If it had been a little kid who got attacked, he’d be dead right now”

Yepez got an assist from an unlikely comrade in arms – his 10-pound Yorkshire Terrier, who, though only a fraction the size of the bear, attacked the beast and distracted it long enough for Larry to break away.

“The bear turned around and swatted at the dog,” Yepez said. “And that gave us just enough time to get back in and slam the door.”

The bear tried charging the door but eventually left Yepez and his Terrier, Benji, alone in their house near Yosemite National Park.

“I’m not a bear hater,” Yepez said. “I believe we live in the bears’ habitat up here in the mountains. But like the game warden says, if it had been a little kid who got attacked, he’d be dead right now.”

Bloodied, Yepez was able to drive himself to a hospital where he was treated for multiple puncture wounds and lacerations to his head, legs, arms, abdomen, hands and feet, according to a statement from the California Department of Fish and Wildlife. Officers from the department are investigating the incident, but have not yet found the bear. The bear “will be humanely destroyed when found,” according to the statement.

“I realize I’m a lucky human being,” Yepez said.