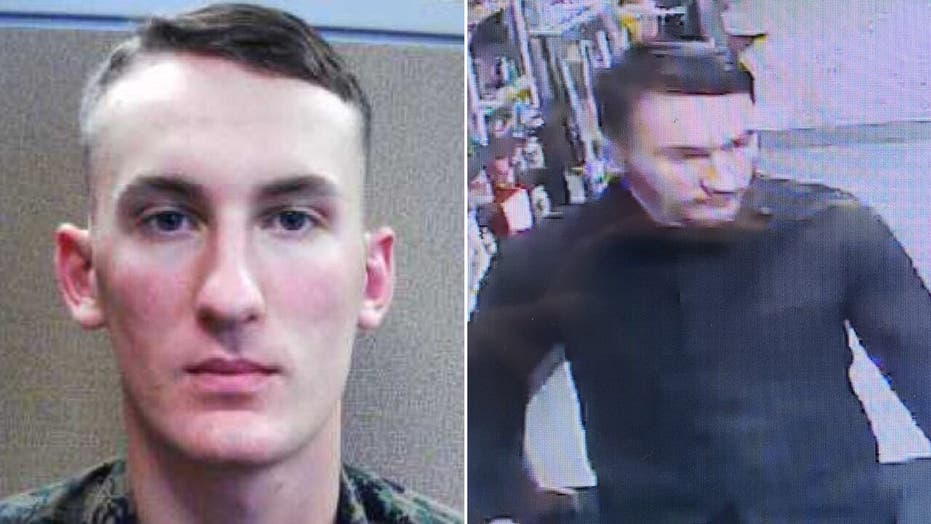 The U.S. Marine who deserted his post in late October and was wanted in the killing of his mother’s boyfriend earlier this month was arrested early Wednesday morning in Virginia after more than two weeks on the run, law enforcement said.

Officials confirmed at a press conference that Michael Alexander Brown, 22, was arrested “without incident” in Franklin County at around 8 a.m., several weeks after a warrant for his arrest was issued in connection with the shooting death of Rodney Brown.

Franklin County Sheriff Bill Overton said that Brown was captured in the same home where the victim was killed after new evidence turned their attention back to the residence. He said the 18-day “intensive manhunt” spanned across three different states and included members of the local and state law enforcement, the FBI and the U.S Marshals office.

A U.S. Marshals spokesperson said that no one else was inside the home at the time of Brown's arrest.

His attorney, Deborah Calwell-Bono, confirmed to WSLS that he is currently being held at the Franklin County Jail and will soon be transported to the Western Virginia Regional Jail.

Brown evaded authorities for weeks, ditching his 1976 Cadillac for a 2008 Lincoln Town Car and eventually taking off in a camper.  (Franklin County Sheriff's Office )

KIN TO MICHAEL BROWN, MARINE ACCUSED OF KILLING MOM'S BOYFRIEND TELLS HIM TO TURN HIMSELF IN

An arrest warrant for Brown was issued on Nov. 11 after deputies with the Franklin County Sheriff’s Office suspected him in the death of his mother’s boyfriend days earlier. It appeared that all three lived in the same home. Overton declined Wednesday to comment further on the relationship between the victim and the suspect, who both share the same last name.

Brown evaded authorities for weeks, ditching his 1976 Cadillac for a 2008 Lincoln Town Car and eventually taking off in a camper.

Little was known about his whereabouts during this time but authorities said at the time that he had “been known to live in the woods and frequent National Parks and National Forest.”

He was described as “armed and dangerous.”

Brown was a combat engineer in the Marines before he deserted his post at Camp Lejeune in Jacksonville, N.C. on Oct. 18.

A warrant for his arrest was issued for second-degree murder and use of a firearm in the commission of a felony.

A reporter asked during Wednesday's press conference about alleged child abuse charges against the victim and its relation to the case but Overton declined to comment.