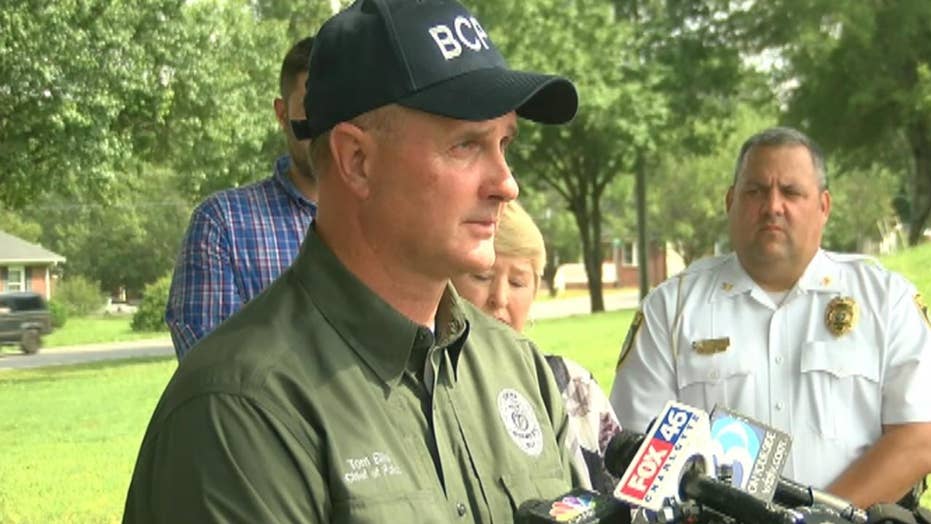 Officials in North Carolina hold a press conference after a man drove a car into a restaurant in Bessemer City.

A man in North Carolina allegedly rammed his SUV into a restaurant on Sunday, killing his daughter and daughter-in-law who were dining inside, investigators said.

Katelyn Self, a deputy with the Gaston County Sheriff's Office, was killed at the Surf and Turf Lodge in Bessemer City, officials announced at a news conference Sunday afternoon. The second woman who died was identified by Fox 46 as Amanda Self.

The Gaston Gazette reported that restaurant staff claimed Roger Self went with his family to the restaurant and had them seated. The father then allegedly went outside and purposely drove his Jeep into the building.

Roger Self, 62, was arrested and booked at the county jail on two charges of first-degree murder. (Gaston County Sheriff's Office)

It's unclear how many people were seated at the restaurant table, but police said "several others" were hurt. Paramedics rushed them to two nearby hospitals.

Roger Self was arrested and booked at the Gaston County Jail on two first-degree murder charges, police records show. He's scheduled to appear in court on Monday.