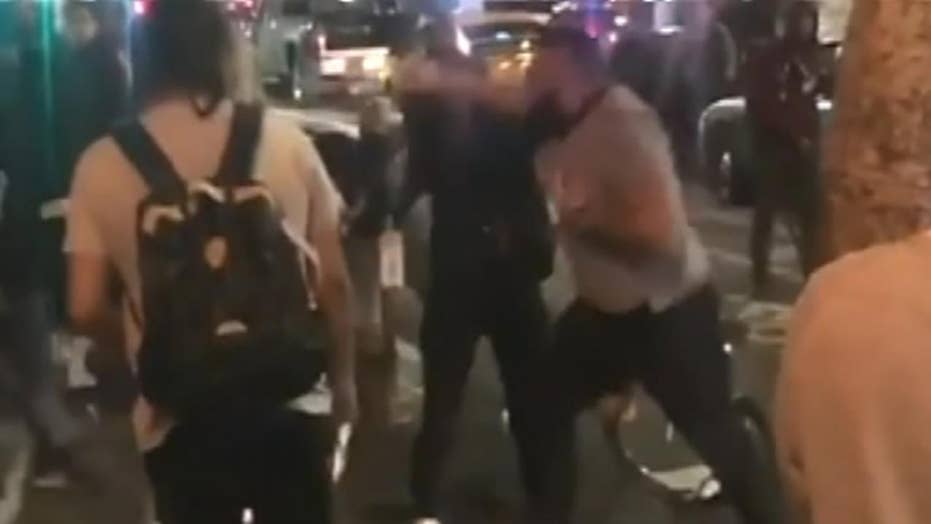 Authorities in Los Angeles are looking for a suspect who they say was captured on video Saturday brutally punching two women at a hot dog stand.

The LAPD said the incident occurred in Downtown Los Angeles.

“Someone knows him, and we would like to be one of those people,” read a tweet by LAPD on Tuesday along with a video clip.

Los Angeles’ Fox 11 reported that the two female victims had overheard the suspect arguing with a vendor about a $6 hot dog and stepped in to defuse the situation. The suspect is seen in the video surrounded by onlookers and flees the scene after the alleged punches. They were taken to hospital for treatment.