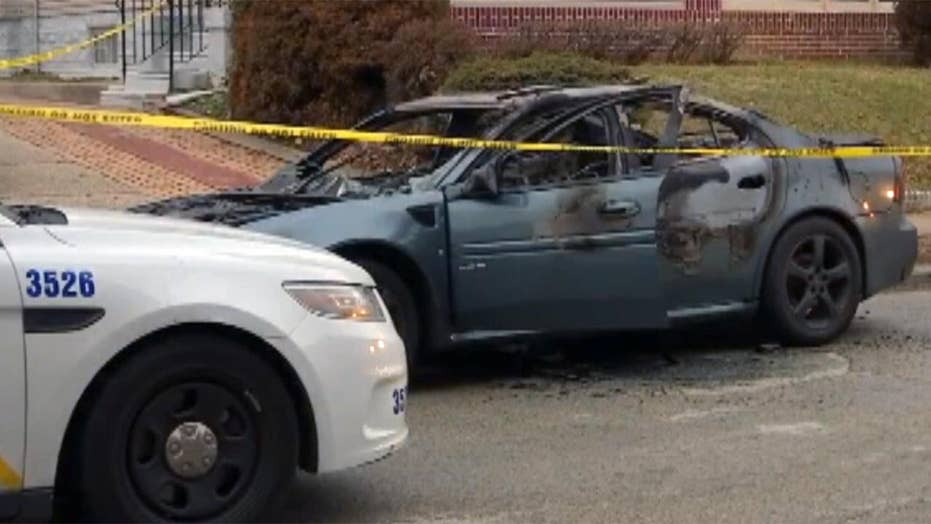 A man was abducted at gunpoint, bound inside his car and doused with gasoline before being lit on fire by three attackers early Monday morning in Philadelphia.

Police said the assailants grabbed the 33-year-old man Sunday night at Benner Street and Harbison Avenue in Wissinoming. They bound his hands and put him in his 2006 Pontiac, FOX29 reported.

Several hours later, the attackers drove to Westford Road where the victim was doused with gasoline and set on fire.

The man was transported to Temple University Hospital and listed in critical condition with burns on his sides and legs.

Capt. Mark Burgmann said the three men drove around in the Pontiac for several hours, using the victim’s phone to contact his family and demand a ransom.

“We did learn that a family did begin to receive messages from our victim’s phone, from the people that abducted him demanding $10,000,” he said, according to Philly.com.

Neighbors said the man was able to call out for help and called 911.

“His hands were tied and he was saying they kidnapped him and they were trying to kill him,” Dave Kinchen told FOX29. “I was kind of scared.”

Police classified the incident as a robbery and abduction and said the investigation is ongoing.