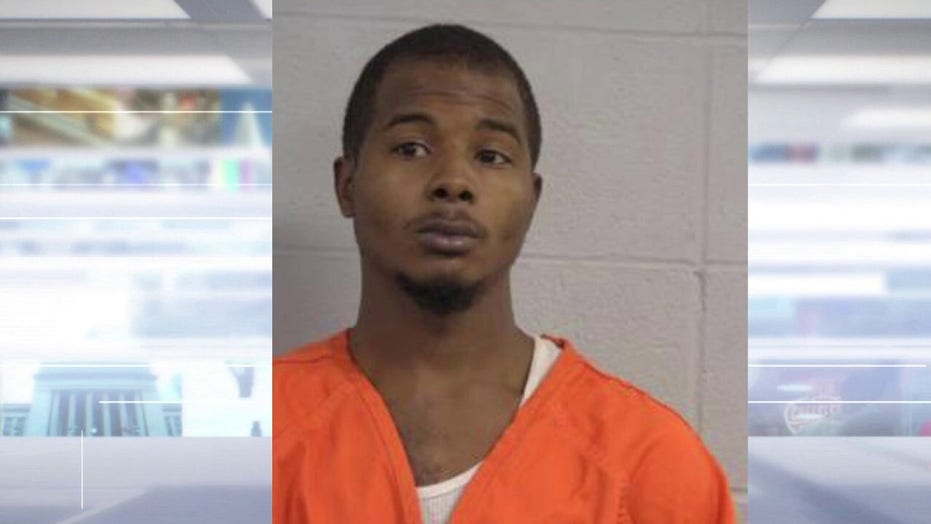 Protests erupt across the U.S after a grand jury indicts one officer for endangerment in the killing of Breonna Taylor; David Lee Miller reports.

The suspect accused of shooting two Louisville police officers during Breonna Taylor demonstrations Wednesday night faces assault and wanton endangerment charges, authorities revealed Thursday, as they announced one officer was released from the hospital, and the second is out of surgery and expected to recover.

Larynzo Johnson, 26, was charged with two counts of assault in the first degree and 14 counts of wanton endangerment in connection with the shooting of police officers, Louisville Metro Interim Police Chief Robert Schroeder said at a press conference Thursday. The investigation is ongoing. He expected to be arraigned Friday.

LMPD Major Aubrey Gregory, who is White, was treated and released from University Hospital with a leg wound after being shot beneath his hip. Officer Robinson Desroches, who is Black, was struck in the abdomen is in stable condition after undergoing significant surgery and is expected to recover. LMPD also released two photos of the officers wounded.

Schroeder said police made 127 "protest-related" arrests across the city including in the Highland and downtown overnight amid the demonstrations following the grand jury decision to charge only one officer in connection to the police operation that killed Taylor, but not her death. There were also at least 16 instances of looting across the city.

“I want to emphasize how grateful I am for LMPD. The men and woman literally putting their lives of the line to protect our people and protect our city,” Mayor Greg Fischer said at the press conference. “What we saw last night with two police officers being shot is obviously, completely unacceptable. Violence will only be a source of pain, not a cure for pain. We know violence is never the answer.”

“Public safety and the work for racial justice and equity can and must coexist,” he said.

Shots rang out when Louisville police officers were conducting crowd control operations at Broadway and Brook Street “in response to a large crowd that had set fires, caused property damage and failed to disperse after being warned,” according to the post-arrest complaint provided by the Jefferson County Clerk Office.

Johnson “intentionally used a handgun to fire multiple bullets at officers” addressing the crowd, the complaint said. Two officers were struck by bullets causing serious physical injury. Police said witnesses spotted Johnson firing a handgun at officers and running from the scene. The complaint said he was also in possession of a handgun at the time of his arrest and law enforcement recovered video of the shooting showing the suspect fire at officers.

In addition to the officers who sustained gunshot wounds, a police sergeant was injured after being struck by a protester’s baton, another sergeant suffered a knee injury while arresting a resisting individual, and an officer was exposed to blood and spit after a subject spit upon him during the protest, Schroeder said.

There were several instances of damage to property including business along Bardstown Road, the moving of barricades restricting traffic and damage to a public works vehicle blocking a roadway. Due to the fires set outside the federal courthouse and along Jefferson Square Park, Schroeder said police declared an unlawful assembly just after 8 p.m. prior to the curfew taking place and made several announcements to disperse prior to moving in to clear the area.

Fischer said a curfew from 9 p.m. until 6:30 a.m. will remain in effect a second night from late Thursday until early Friday.

The shooting happened about a half-hour before a curfew went into effect. FBI Louisville said the shooting occurred amid “First Amendment-protected peaceful demonstrations” and urged anyone with videos or photos of the incident to provide them using an online submission form on the agency's website.

Kentucky Gov. Andy Beshear said in a video message late Wednesday that one individual shot two law enforcement officers, before urging people who remained on the streets to go home and peacefully protest in the days to come without violence.

President Trump on Wednesday night tweeted he was "Praying for the two police officers that were shot tonight in Louisville, Kentucky. The Federal Government stands behind you and is ready to help. Spoke to @GovAndyBeshear and we are prepared to work together, immediately upon request!"

Fischer tweeted out a video message late Wednesday and wrote, "Our hearts go out to the two @LMPD officers who were shot. Please pray for them and their families, & pray for our city, and all who are in pain today. For anyone who is still out, please go home tonight. Violence doesn't get us closer to a fair, just and equitable city."

Protests broke out in Louisville after a Jefferson County grand jury decided Wednesday to indict one officer involved in the police operation that killed Taylor.

Brett Hankison, who was fired from Louisville Metro Police in June, was indicted on three counts of wanton endangerment in the first degree for firing rounds into Taylor’s neighbor’s apartment, endangering the lives of three residents who were home at the time. He was not charged in connection to Taylor's death.

Kentucky Attorney General Daniel Cameron said his office would not pursue criminal charges against the other two officers involved in the March 13  operation. Officer Myles Cosgrove and Sgt. Jonathan Mattingly, who was shot in the leg during the raid, were justified under Kentucky state law in their use of force since they were fired upon by Taylor’s boyfriend, Kenneth Walker, Cameron said.