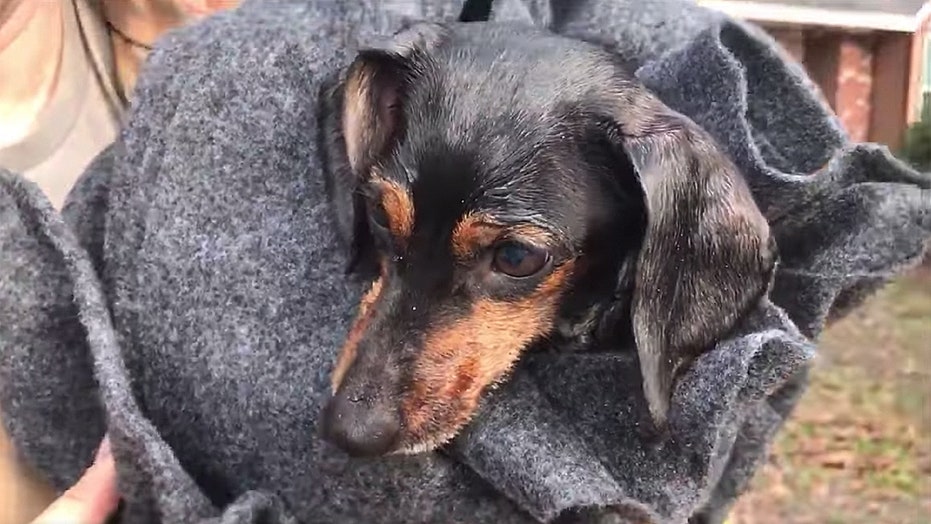 Thanks to the lifesaving actions of first responders at a home in Louisiana, a family's pup is doing fine.

When St. Tammany firefighters arrived Tuesday afternoon to a Slidell home, smoke and flames were coming from the attic, but no one was inside.

A tiny Dachsund, however, was discovered in the bathtub, "barely breathing," according to firefighters.

Several firefighters held "Beaker" in a blanket, petted the pup, and offered her water and Powerade after 30 minutes on the oxygen mask, the St. Tammany Fire Protection District #1 showed in a Facebook video.

“We are ecstatic that we were able to save 'Beaker' and reunite her with her owner during a tragic time," Jason Gaubert, St. Tammany Fire Protection District #1 PIO, told Fox News.

"Carrying the K9 oxygen masks on all of our frontline apparatus is just another example of our commitment to offering the most efficient and exemplary service to citizens in our fire district."

Her owner took her to the veterinarian for further treatment.