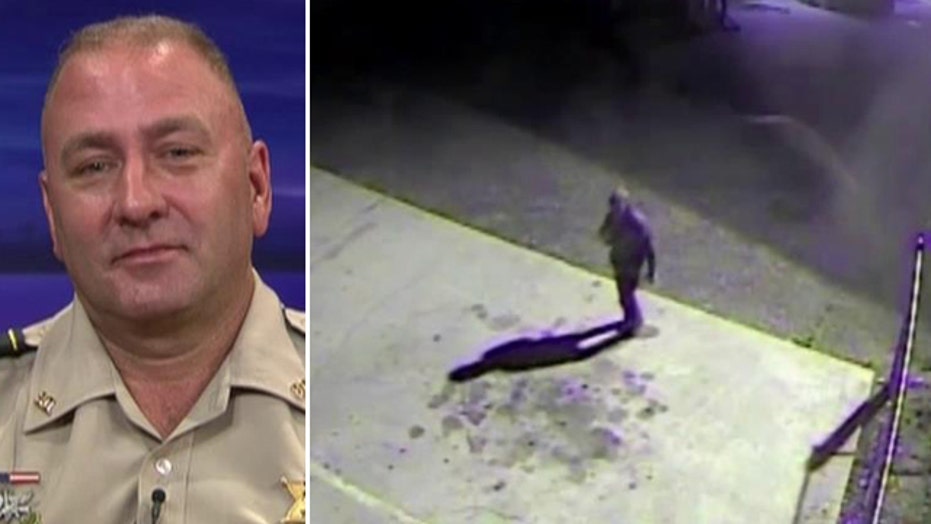 An outspoken Louisiana sheriff’s captain known as the “Cajun John Wayne” has called out fugitive members of a “heathen” street gang in a blunt video viewed more than 13 million times.

“You will be hunted. You will be tracked. And if you raise your weapon to a man like me, we'll return fire with superior power,” St. Landry Parish Capt. Clay Higgins says in the Crimstoppers video while wearing an armored vest, holding an assault rifle and standing in front of several dozen law enforcement officials.

His message was aimed at seven members of the Gremlins Gang who eluded capture in a December takedown in Vermillion Parish, and, in particular, one of the gang's leaders, Darron (Deeda) Carter, 19.

“You think men like these are afraid of an uneducated, 125-pound punk like you?” Higgins says to Carter on the video, produced Wednesday with KATC-TV.

Authorities say the Gremlins have terrorized four Acadiana parishes through murder, drive-by shootings and other crimes, according to the Daily World in Opelousas.

Among those viewing the video was the American Civil Liberties Union of Louisiana which said the term “heathen” was inappropriate unless the captain knew the religion of those being sought.