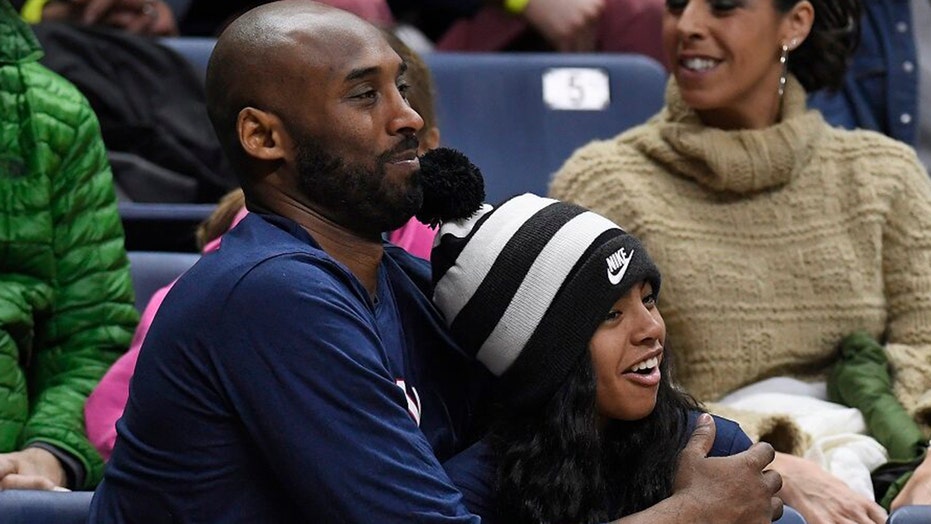 Thousands of mourners will pack Los Angeles' Staples Center to honor the NBA legend and his daughter; Jonathan Hunt reports from the scene.

The Los Angeles County Sheriff’s Department allegedly kept a complaint about a deputy sharing gruesome pictures of Kobe Bryant’s January helicopter crash at a bar quiet for nearly five weeks, according to a report.

The department ordered deputies to delete any graphic photos in an attempt to keep a lid on the complaint that came in three days after the crash, The Los Angeles Times reported.

The department reportedly didn’t follow normal investigative procedure in the matter, even after finding out that more deputies had gotten the photos. Sheriff Alex Villanueva said eight deputies were involved but has not identified them.

It “looks like a cover-up of misconduct,” Patti Giggans, chair of the Sheriff Civilian Oversight Commission, told The Times. “I’m hoping that that’s not the case."

Villanueva told KNBC-TV “Had we done the original, usual routine, which was relieve everybody of duty and everybody lawyers up and all that, that would increase the odds tenfold that those photos would have somehow made their way into the public domain. And that’s definitely what we do not want."

"It’s now blossomed into a real mess,” he said, adding the department should have documented the illicit photos, confiscated cellphones, and made sure the photos weren’t shared with anyone outside of the department.

Patrisse Cullors, co-founder of Black Lives Matter, who advocates for accountability in the sheriffs’ department, said, “We should be having outside people investigating what’s happening inside the department that’s been riddled with corruption.”

“The idea that sheriff’s [deputies] could get to keep their phones and pinky-swear to delete evidence is not how you go about this,” she told The Times.

Gary C. Robb, an attorney representing Vanessa Bryant, Kobe Bryant’s widow, has called for an internal investigation and the “harshest possible discipline” for those involved in a statement.

“This is an unspeakable violation of human decency, respect, and of the privacy rights of the victims and their families,” he said.

Villanueva has provided few details about the department’s investigation and refused multiple requests for comment from The Times, according got their reporting.

He told KNBC there is currently no policy against taking personal photos at a crash scene, but the department manual forbids using a personal phone to “record, store, document, catalog, transmit, and/or forward any image, document, scene, or environment captured as a result of their employment and/or while performing official Department business that is not available or accessible to the general public,” The Times reported.

A National Transportation Safety Board spokesman said, “if there are images of an investigative value, we do ask local authorities for those images.”

Jorge Valdez, the captain who leads the Sheriff’s Information Bureau, however, said last week he wasn’t aware of any complaint and said, “there was no order given to delete any photographs," according to The Times.

Both Valdez and the person who made the complaint have not responded to several requests for comments and interviews from The Times.