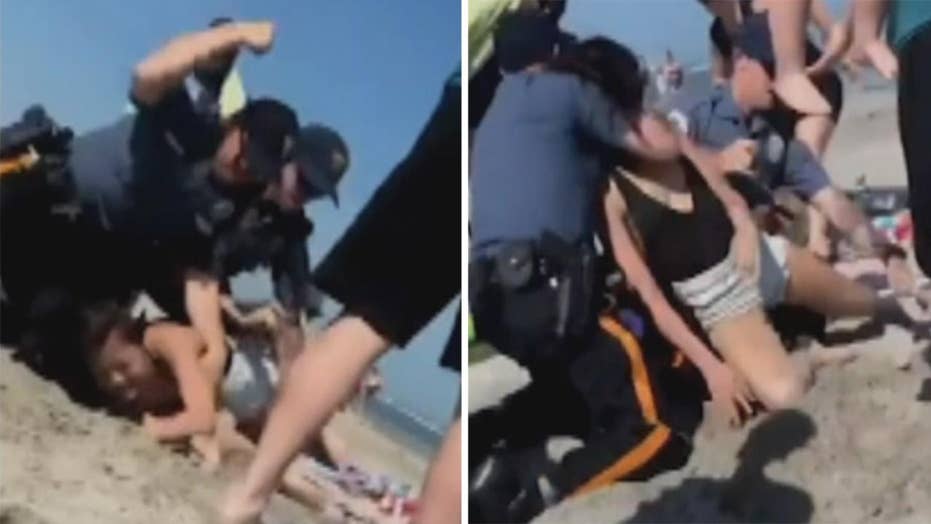 WILDWOOD, N.J. – A Philadelphia woman seen on video being punched in the head by a police officer on a New Jersey beach says she didn't spit at the officers before the altercation.

An attorney for 20-year-old Emily Weinman tells Philly.com the charges against her are exaggerated. Weinman says she was spitting sand out of her mouth after being knocked to the ground.

The video filmed by another beachgoer Saturday shows two officers trying to subdue Weinman and one officer hitting her in the head. The officers have been reassigned to administrative duty.

Wildwood Mayor Ernie Troiano says the body camera footage will show the woman spitting at the officers and kicking one in the groin.