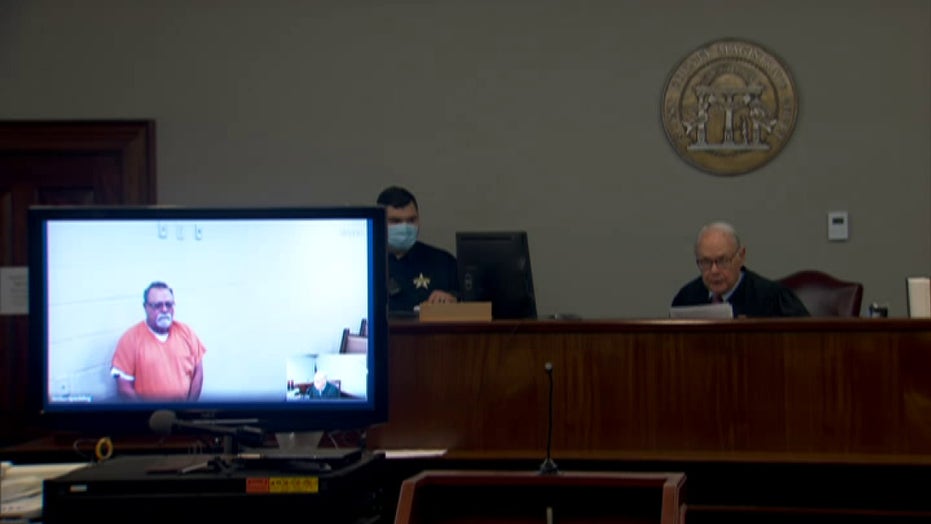 Gregory McMichael booked into Glynn County Jail after being arrested for the murder of Ahmaud Arbery.

The graphic video of Ahmaud Arbery being shot on a residential Georgia street was fed to the media by a lawyer who was friends with the men who have been charged with the killing, according to a report.

Arbery, a black man, was jogging when he was fatally shot Feb. 23, according to police. Gregory McMichael, 64, and Travis McMichael, 34, who are white, were charged Thursday with murder and aggravated assault.

The release of the video this week sparked public outrage and led to the arrests by the Georgia Bureau of Investigation, which took over the case from local police. Prosecutors called the video “extremely troubling.”

Ahmaud Arbery was 25 when he was shot and killed Feb. 23.

Brunswick attorney Alan Tucker told "Inside Edition" Friday that he was the one who released the video, believing that doing so would help the McMichaels, who are father and son.

“I really thought the video would put the truth out to the public,” Tucker told the news show. "I was trying to stop a riot."

Arbery, 25, was killed in the middle of the day in Satilla Shores, a small segregated town near Brunswick in southeast Georgia.

McMichael and his son claim they believed Arbery was a burglar and that the shooting was in self-defense.

This image from video posted on Twitter Tuesday, May 5, 2020, shows Ahmaud Arbery lying on the road after being shot as Travis McMichael, left, holding a shotgun, and his father, Gregory McMichael, holding a handgun, approach him in a neighborhood outside Brunswick, Ga., on Feb. 23, 2020. (Twitter via AP)

“The video speaks for itself,” Tucker told "Inside Edition." “What happened, I don’t have any excuse for it. I can’t explain it other than, you know, we always say what if he had just froze, wouldn’t have done anything -- he wouldn’t have gotten shot.”

The elder McMichael has been a cop and an investigator in the office of a local district attorney.

Local media have identified the person who shot the video as a William "Roddie" Bryan, a neighbor of Travis McMichael.

Bryan is cooperating with the investigation, according to his attorney, Kevin Gough, Fox 30 Jacksonville reported Friday.