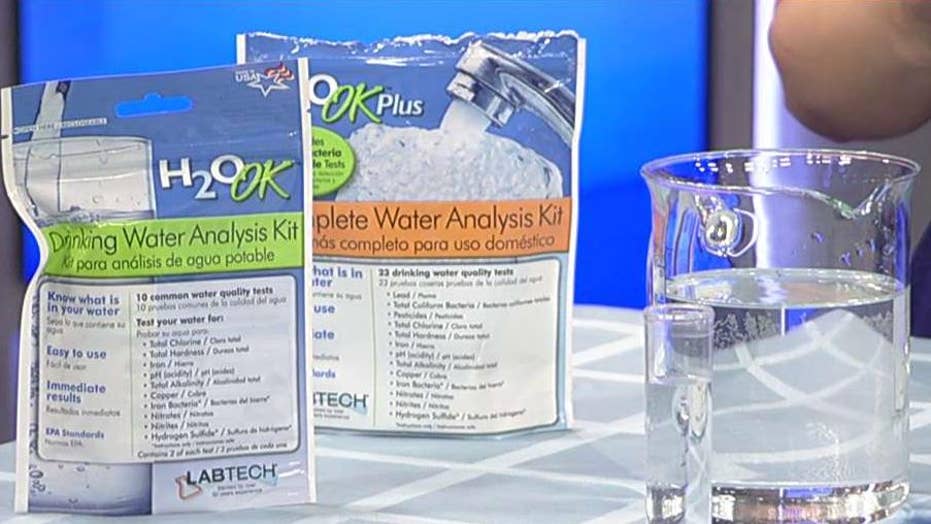 How to test and filter your water at home

Tests you can perform to ensure your water is safe

Chicago residents filed a class-action lawsuit Thursday against the city, claiming that unsafe lead levels in their drinking water has contaminated their water supply for years and officials should be forced to remove the thousands of lead pipes to fix the issue.

The Chicago Tribune reported that the lawsuit quotes a 2013 EPA study that found elevated lead in homes’ drinking water after city construction disrupted lead service lines and they failed to warn residents about the risk.

The EPA report warned that Chicago’s attempts to upgrade the city’s water system might pose health risks from toxic metal poisoning. The Guardian reported that city officials have scrutinized the report, saying that the city’s water is safe from lead contamination.

“While we have not yet reviewed the lawsuit, Chicago’s water is safe and exceeds federal, state and industry standards. The department of water management provides the cleanest, best tasting water possible; aggressive programs that protect our water supply from lead and thorough testing methods allow us to continually achieve this goal,” a spokesman for the Chicago department of water management told The Guardian.

The lawsuit alleges that the city’s “negligent and reckless conduct” caused a heightened risk to residents. Three plaintiffs named in the lawsuit want Chicago officials to pay for testing as well, according to The Guardian.

The suit filed in Cook County Circuit court represents a heightened fear of lead contamination stemming from the crisis in Flint, Mich. Michigan officials exposed thousands to lead contamination after not being able to maintain the city’s water system. Officials have opted to use chemicals to flush out the lead instead of replacing all of the city’s pipes.

Chicago has struggled replacing lead pipes around its city after the U.S. banned the use of lead service lines in 1986, according to The Tribune. Almost 80 percent of the city receives drinking water from lead pipes.

Federal regulations state that 50 homes are to be tested for lead every three years in Chicago. The rules require utilities to check only the first liter of water drawn in the morning, according to The Tribune. However, the EPA report found that lead can still end up in drinking water after the first water has been drawn.