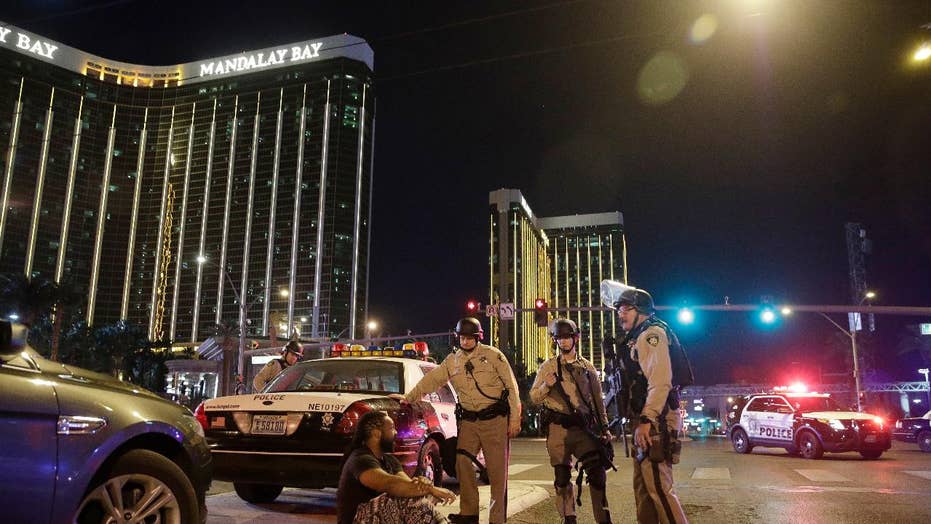 Las Vegas police on Tuesday defended changes in the timeline of the deadliest shooting in modern United States history, even as a flood of questions emerged following a sheriff’s announcement a security guard was struck by a bullet six minutes before the gunman fired on a packed concert crowd.

Lombardo previously said Campos was injured after the attack started, and, according to a police timeline, the first officers arrived on Paddock’s floor at 10:17 p.m.

“We can’t put band-aids on everything,” Officer Larry Hadfield, a spokesperson for the department, told Fox News on Tuesday when asked about the change in the timeline. He said the information police release is what they know at the time and everything is subject to change as the investigation develops.

He added: “We want to make sure we are putting out the best information we have for everybody."

But what Lombardo’s statement makes unclear -- assuming everything else previously said by authorities remained true -- is what was going on behind the scenes with hotel security and police during the 18 minutes between Campos' shooting and the arrival of police on the shooter’s floor?

At the news conference Monday, Lombardo said Campos, after he was shot on Oct. 1, “immediately” told security what happened. Campos had been on the floor investigating an alarm when he was shot, though the alarm reportedly had nothing to do Paddock.

“In close proximity of Mr. Campos being shot there was also a maintenance worker on the 32nd floor. Mr. Campos prevented him from receiving any injuries,” Lombardo added.

“They weren’t aware of him being shot until they met him in the hallway after exiting the elevator,” Lombardo said.

It was not immediately clear why – or even if – Mandalay Bay security told police about Campos’ condition and what was happening on the 32nd floor of their resort. Reports on Tuesday said about 200 bullets were fired into the Mandalay Bay hotel hallway in the volley that hit Campos. MGM Resorts, which owns Mandalay Bay, did not respond to multiple requests for comment from Fox News on Tuesday.

“The timeline associated with the original shot with Mr. Campos has changed through investigation,” Lombardo said Monday. “As I have conveyed to you from the very beginning, in your zest for information and my zest to ensure the public’s safety and the calming of their minds, some things are going to change. They are minute changes.”

Lombardo’s announcement also raises the question about why Paddock stopped firing during his rampage. Authorities previously said Campos’ presence may have distracted Paddock; however, it's now known Campos entered the scene prior to the shooting, not after it already started.

Assistant Clark County Sheriff Todd Fasulo told The Associated Press that police got to Paddock’s room as fast as they could and that not all clocks are in sync with each other, perhaps accounting for some of the conflicting reports.

Police have not yet revealed a motive for the attack.