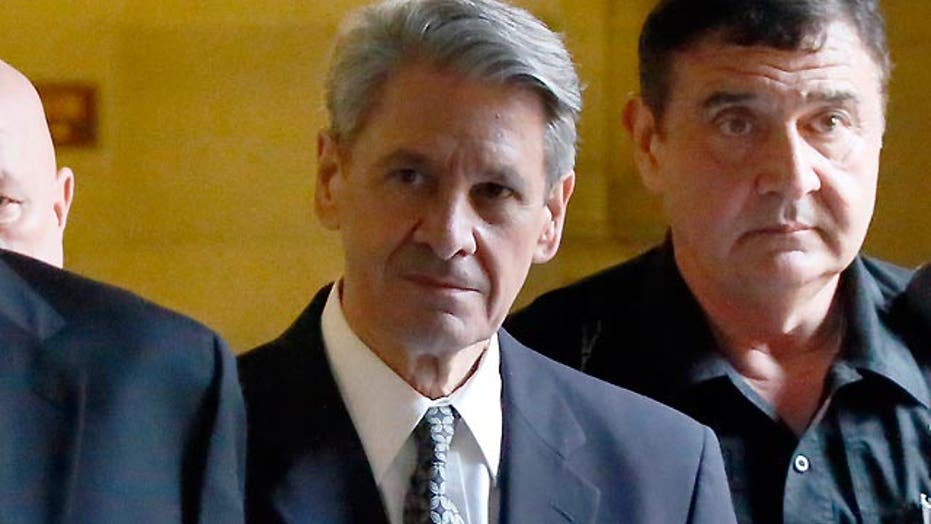 PITTSBURGH – A medical researcher place an overnight order for cyanide two days before prosecutors contend his wife fell suddenly ill from the poison, laboratory assistants testified Tuesday, though one acknowledged that the researcher discussed using the poison for experiments.

The assistants were testifying in the fourth day of Dr. Robert Ferrante's trial on a charge of criminal homicide in the April 2013 death of his wife, 41-year-old Dr. Autumn Klein, a neurologist. Investigators say Ferrante, a 66-year-old expert on Lou Gehrig's disease, laced Klein's energy drink with the poison.

Amanda Mihalik, now a medical student at the University of Florida, had worked in Ferrante's University of Pittsburgh lab and testified he "seemed a little bit different that week" and "a little bizarre." Among other things, she saw him mixing substances in a laboratory beaker and drinking them at a sink, a violation of lab policy since no food or drink was supposed to be consumed in the lab.

Assistant District Attorney Lisa Pellegrini has said investigators believe Ferrante mixed cyanide with the energy supplement creatine, then gave it to his wife late on April 17, 2013, after telling her it would help them conceive a child. The couple had a 6-year-old daughter, but Klein was said to want another because she didn't want the girl to be an only child. Klein fell suddenly ill that night and was dead three days later.

Another lab assistant had previously testified that Ferrante's overnight order using a university credit card was the first time in six years that cyanide had been seen in the lab, though Mihalik said he was in a meeting in which Ferrante discussed possibly using the poison in his research. Because Lou Gehrig's disease involves the death of neurological cells, Mihalik said cyanide was one substance that was discussed as being used in the lab to simulate cell death in experiments on the cause of the disease.

Despite that, there were no such experiments planned that would have required an overnight shipment of the poison, Mihalik said, and she didn't believe any such experiments were likely to be conducted until months later.

Creatine, a naturally occurring protein building block, was routinely used in the lab. Mihalik said Ferrante mentioned Klein when she saw him with a one-gallon Ziploc bag of creatine just before Klein fell ill.

"He told me he intended to give it to his wife," Mihalik said. Police have said they found a similar bag of creatine on the couple's counter, in the kitchen where Klein was stricken.

Earlier Tuesday, Klein's mother, Lois, testified that Ferrante seemed composed when she and her husband arrived at the house the morning after her daughter fell ill. But once he saw the Kleins, Ferrante appeared to "fake" being teary-eyed, Lois Klein said. He also kept the couple at the house about 11 hours before finally taking them to a hospital to seek Klein, who was by then on life support.