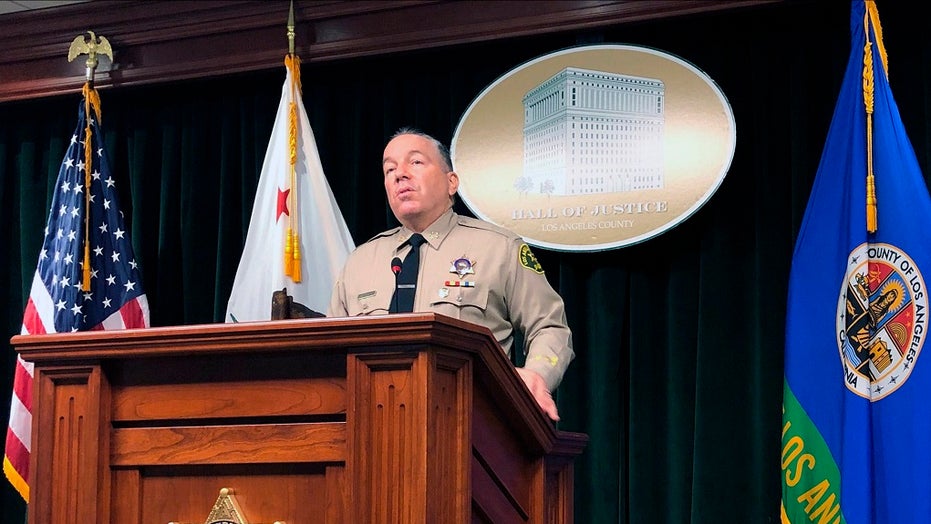 The chief of staff for Los Angeles County Sheriff Alex Villanueva has been reassigned after a recent Facebook post in which he said a teen who was fatally shot five times in the back by a deputy "CHOSE his fate."

In a series of posts on his personal account, Capt. John Burcher criticized news coverage of Andres Guardado, who was killed June 18 while fleeing a pair of sheriff's deputies in the Los Angeles suburb of Gardena.

"Why so much coverage over Guardado? What about Isabella Cortes and Patricia Alotorre?" Burcher wrote. "Why does this guy, who CHOSE his destiny get so much coverage from you, but the two slain, one raped and slain, 13 year old girls get NOTHING??"

Screenshots from the post showed Burcher calling one user an "idiot" and telling them to "Read the facts you moron."

"Yes... sorry, your life does not matter more than mine does, you racist (EXPLETIVE.) STFU," he commented to another user.

Burcher commented that Guardado "CHOSE his fate" to another.

The sheriff's department told Fox News that Burcher has been transferred to the East Patrol Division, which oversees law enforcement activity in several cities east of Los Angeles.

Investigators said Guardado was killed after fleeing from two deputies while speaking with someone in a car that was blocking a driveway. Authorities claim he brandished a firearm and fled on foot.

After a short foot chase, he was shot five times. A firearm was found at the scene, investigators said.

Lawyers for Guaradado's family questioned the department's ability to conduct a thorough investigation in light of Bucher's comments.

"It is deeply troubling that on the same day Sheriff Villanueva issues a statement that the Sheriff's Department would not be providing any commentary on the Andres Guardado case until the investigation has completed, the Sheriff's own Chief of Staff took to social media and did exactly just that," attorney Nicholas Yoka said in a statement. "Not only did Capt. Burcher personally vilify a young man who was shot and killed by one of his own deputies, he did so in a public forum and in the middle of a homicide investigation conducted by his own department.”

Miguel Vega, the deputy who shot Guardado sat down with investigators Monday for an interview, nearly a month after the shooting. His attorney, Adam Marangell, told Fox News that Vega took necessary steps to avoid firing his weapon during the encounter.

"During his interview with investigators Deputy Vega made clear that he did everything possible that evening to avoid firing his weapon, including clear and repeated commands to ‘not reach for the gun.'" Marangell said. "Deputy Vega went to work that day to protect the citizens of the community and, unfortunately, was forced to take action which resulted in a loss of life."