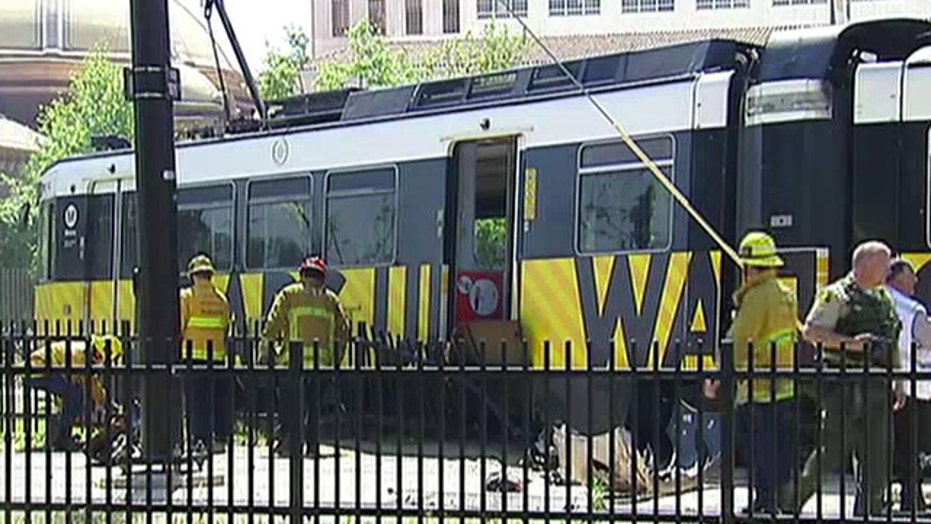 More than 20 injured after commuter train collides into car

Fire Department spokesman Shawn Lenske says 21 people on the train were hurt in Saturday's crash. He says all but one of the injuries was minor.

One person in the car was critically injured and had to be cut out of the vehicle.

Further details on the extent of the injuries or the cause of the crash were not immediately available.

Officials with Metrolink, which operates the train, did not immediately return a call for comment.

The crash happened just before 11 a.m. near the University of Southern California campus, south of downtown.