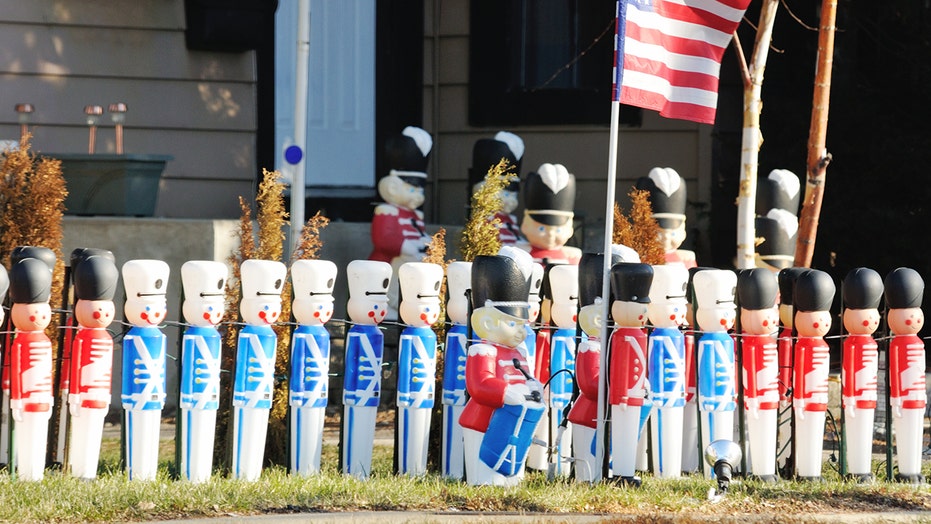 A Korean War vet is being credited with saving the life of a young Ohio girl after he used a Christmas decoration to stop a vicious dog attack.

Leonard Miller, 88, was inside his Perry Township home Monday when he heard his 13-year-old neighbor yelling and knocking on his door. He told Fox19 that when he answered the door she pleaded for help as the family pit bull was attacking her 10-year-old sister.

Miller, an Army Veteran who served in the Korean War, sprang into action, grabbing the closest thing to him -- a toy soldier.

Miller told the station that he could see that the dog had a hold of her upper arm and that’s when he began using the Christmas decoration to scare off the animal.

“It had her and was just shaking her and growling, and I hit the dog, I don’t know how many times, but it didn’t faze that dog, didn’t faze it,” he said.

Miller said he continued to hit the dog several more times on the back before it finally released the girl. He then called the police.

Once on the scene, paramedics called the 88-year-old a hero and credited him with saving the little girl’s life.

The young girl is expected to be fine although Miller said he wasn’t sure what would happen to the family dog.