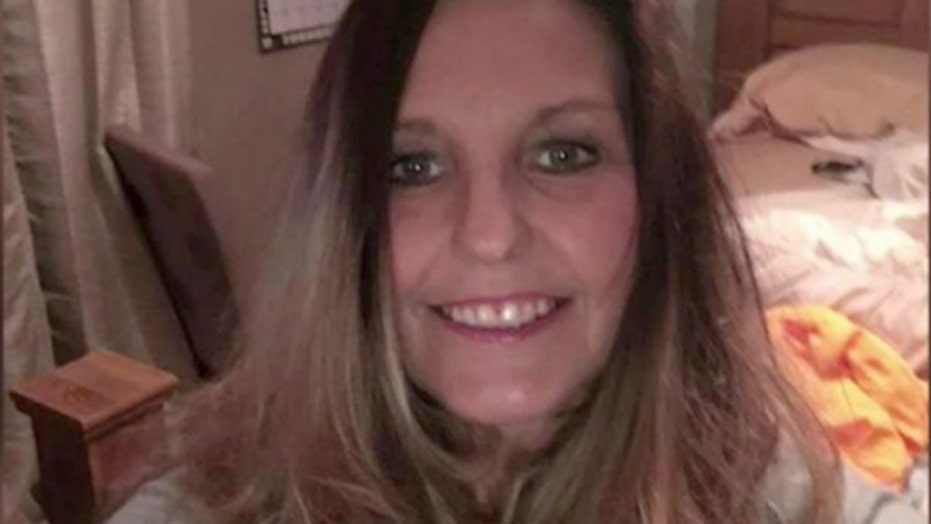 An Ohio woman was found dead in her home last week in what police described as a gruesome and bloody scene where the victim appeared to have been mauled to death by two “large, but thin” dogs.

Clearcreek Township police were called to a residence on the 7000 block of Waterway Drive in Waynesville at around 2:24 p.m. Friday over reports of a “possible overdose.”

Once on the scene, police discovered Mary Matthews, 49, lying unresponsive on the bathroom floor, partially naked from the waist down and covered in blood and what appeared to be bite marks, according to a police report.

Once on the scene, police discovered Mary Matthews, 49, lying unresponsive on the bathroom floor, covered in blood and what appeared to be bite marks, according to a police report.  (Facebook)

The responding officer noted that there was a significant amount of blood in the home, including on door frames, the washer and dryer and the walls leading to the bathroom where Matthews was found. He said her injuries included “numerous cuts or puncture marks and at least one chunk of her flesh appeared missing from her upper ankle area.”

Medics arrived on the scene a short time later and pronounced the victim dead on arrival.

Further investigation revealed more blood throughout the home and several bloodied articles of clothing. Police also found dog hair and what appeared to be a “small chunk of flesh” in the fold of a couch in the living room.

Outside the house on an enclosed deck, officers found “two large, but thin” Great Danes.

MASSACHUSETTS TEEN MAULED TO DEATH BY ‘PACK OF DOGS’ HE WAS TENDING TO: POLICE

According to Matthews’ husband, Dale Matthews, one of the dogs was known to be “vicious” and had attacked him and several other people on previous occasions. He told police that he was able to fend off the dogs, but his wife would likely not be able to because of her “small stature.”

Chief Coroner Doyle Burke made a preliminary ruling that Matthews appeared to die after being attacked by the two animals.

Police also found several piles of beer cans stacked throughout the residence, as well as numerous medication bottles, indicating to investigators that Matthews may have not called for help because she was not in a “clear-minded state.”

“It appears that she was able to get them [dogs] outside, but perhaps didn’t recognize the extent of her injuries and felt she could handle things on her own,” the report stated. “There was evidence of several clothing changes, all containing blood, including towels which appeared to be [the victim’s] attempt to clean up the floor or perhaps herself.”

Matthews’ husband, who was released from the Warren County Jail the day he found her body, told police that she had a daily habit of “consuming prescription medications and would start drinking beer” until “passing out.”

The dogs are being held for potential bite comparisons, police said.