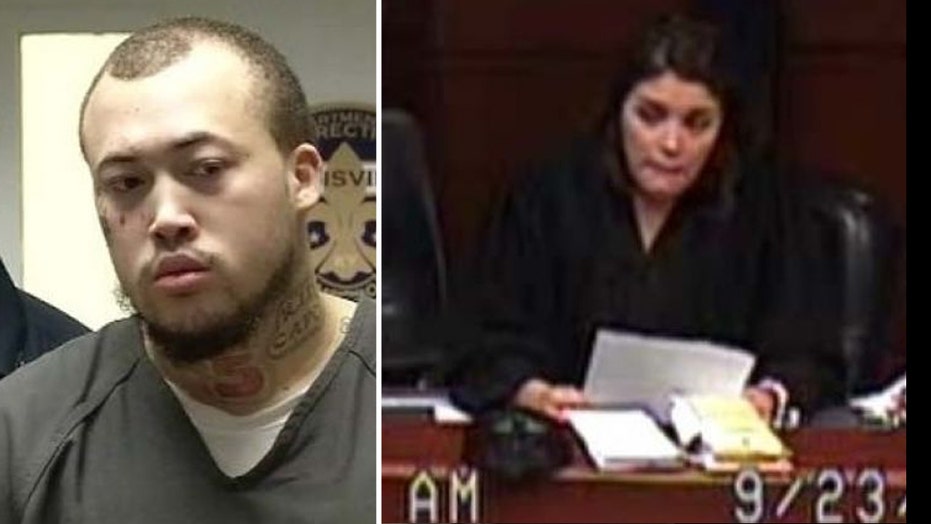 A Kentucky man charged with killing three people -- including two teens -- is facing additional charges after authorities said he threatened a judge and her family.

Now authorities said they have filed additional charges of terroristic threatening and intimidating a participant in the legal process.

Rhodes was already charged with stabbing to death 16-year-old Maurice Gordon and 14-year-old Larry Ordway in Shawnee in May. Their burned bodies were found dumped behind an abandoned house.

Rhodes was in court Friday on separate charges of attacking and injuring an inmate in August and spitting on another in September. He said he wasn't guilty of those charges.

According to WDRB, Rhodes was taken into court on Friday wearing a spit mask.

"Why you all havin' me come in like this for?" Rhodes asked from behind the mask, according to a courtroom video.

"I think you know why," Wolf replied. "You know exactly why."

"Yeah, [EXPLETIVE] I'm going to get out," Rhodes said at one point.

"Don't you think I'm gonna [EXPLETIVE] find out where you live at?" he continued. "You got family! I'll be out!"

Rhodes is currently in jail on a $1 million bond in connection with three murders.

Police claim that Rhodes shot and killed a man, identified as Christopher Jones, in early May. Later that month, they say Rhodes and two juvenile accomplices murdered Ordway and Gordon.

Rhodes allegedly killed the two brothers because he feared they would snitch about his involvement in Jones' murder, according to WDRB.