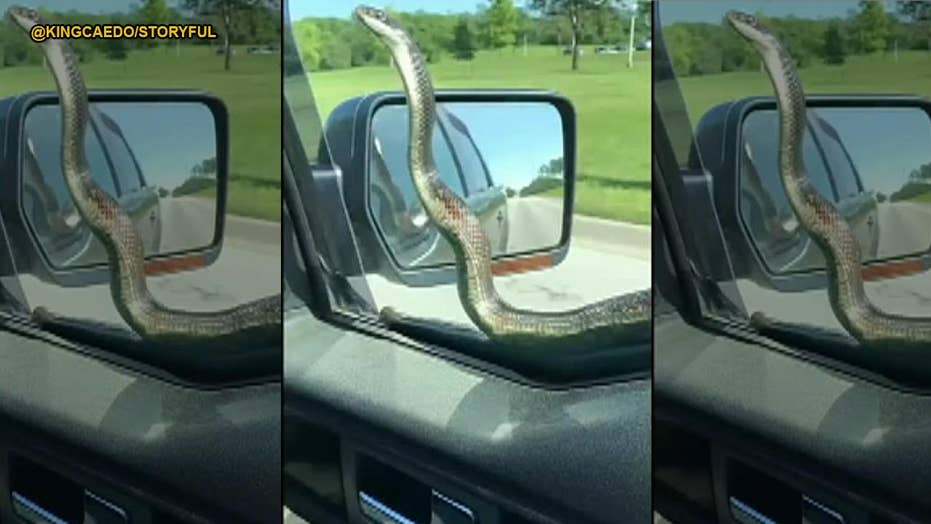 A Kansas City man used his windshield wipers to remove a snake that was on the window.

Two men driving in Kansas this week were amused, and partly frightened, when a snake appeared on the edge of the open passenger-side window and slowly crept up to the windshield.

As the guys were traveling on a Kansas City road, they decided to record the reptile on video, the Kansas City Star reported. The minute-long video appeared to show the snake wrapping itself around the passenger-side rearview mirror and slithering onto the vehicle's windshield.

The snake dangled itself above the glass for a few seconds before the driver used his wipers to send it flying toward the median.

“I don’t think I’ve ever seen that,” one of the men was heard saying in the video.