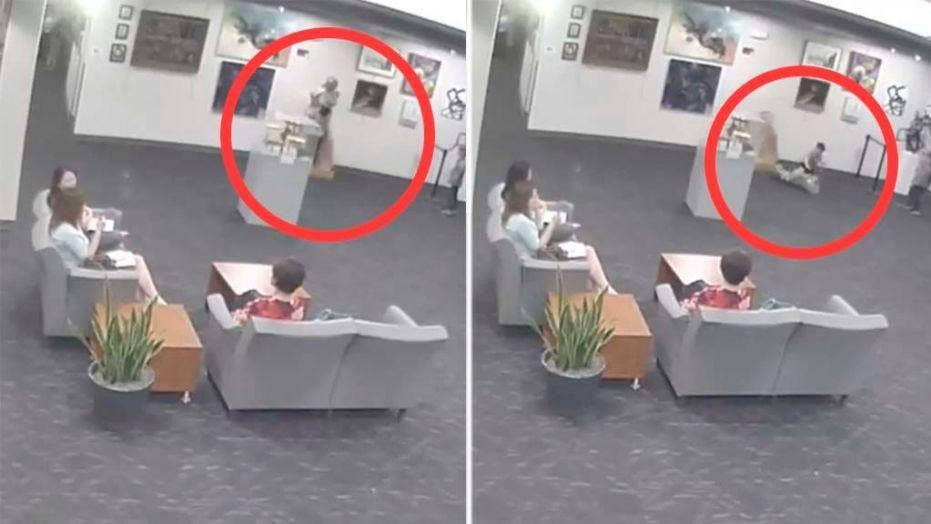 A city in Kansas is reportedly demanding $132,000 from the parents of a boy who knocked over a glass sculpture.

A city in Kansas is reportedly demanding $132,000 from the parents of a 5-year-old boy who knocked over a glass sculpture.

The piece of art, “Aphrodite di Kansas City,” was on display at an Overland Park community center when the boy damaged it on May 19, the Kansas City Star reported. He was attending a wedding reception with his parents at the time.

“He probably hugged it,” the boy’s mother Sarah Goodman told the paper. “Maybe my son hugged a torso because he’s a loving, sweet nice boy who just graduated from preschool.”

Overland Park’s insurance company sent a letter accusing Goodman and her husband of negligence for failing to keep an eye on the boy, the paper reported.

“I don’t want to diminish the value of their art, but I can’t pay for that,” Goodman told the paper.

She said her son didn’t damage the sculpture on purpose. She also said the city should have protected it better.

Kansas City artist Bill Lyons created the sculpture. He told the paper it was uninsured and damaged beyond repair.

"I want to be reimbursed for the amount of time that I spent on it and for what I think it is worth," he said.

Goodman said that she has presented the bill to her insurance company to resolve, according to the paper.