Kamala Harris panned for using 'French accent' to French scientists while touring Parisian lab
Vice President Kamala Harris went viral following her visit to a COVID-19 lab in Paris for appearing to use what critics described as a "French accent."

During her overseas trip to France, Harris toured the Institut Pasteur and spoke alongside a group of scientists about the U.S.-France alliance on scientific research.

She also made comments about how politicians should operate more like scientists. Harris then pivoted to what politicians do, mocking how they always stick to "The Plan" they campaigned on -- but repeatedly appeared to change her dialect whenever she used that phrase. 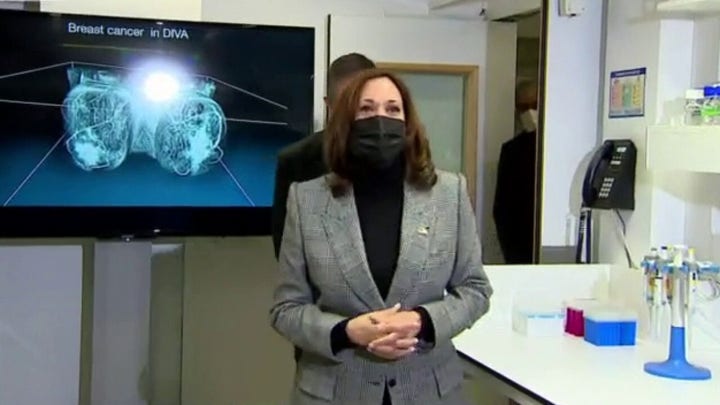 "In government, we campaign with ‘The Plan,’" Harris said. "Uppercase T, uppercase P, ‘The Plan!’ And then the environment is such we're expected to defend ‘The Plan’ even when the first time we roll it out there may be some glitches and it's time to reevaluate and then do it again."

The vice president's remarks were panned as "cringe" on social media.

Harris has been widely seen as the standard-bearer for the Democratic Party in 2024 if President Biden does not run for a second term, but polls have her viewed even more negatively than her boss. A recent USA Today/Suffolk University poll showed Harris having a 28% approval rating among Americans, which is ten points lower than Biden. CLICK HERE FOR MORE ON OUR TOP STORY.

Lawyers for Rittenhouse asked for a mistrial Wednesday over the line of questioning directed at their client, which prompted Circuit Judge Bruce Schroeder to angrily lash out at the chief prosecutor. He did not rule on the motion.

Kenosha County Assistant District Attorney Thomas Binger was cross-examining Rittenhouse, who stands accused of shooting three men, two fatally, during a night of chaotic protests and riots in Kenosha last year. Binger asked Rittenhouse about his silence after his arrest and the use of deadly force to protect property. 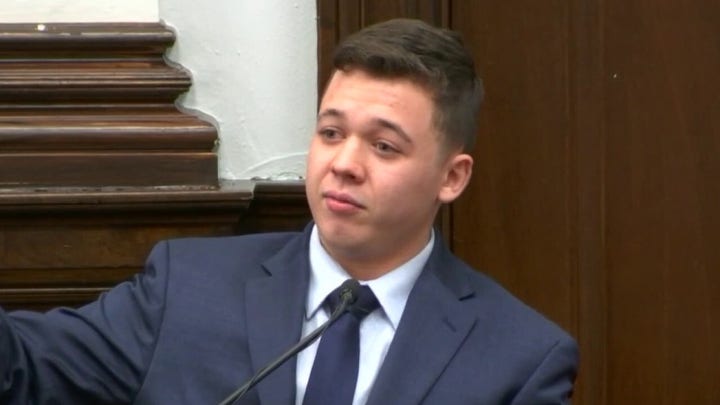 "I was astonished when you began your examination by commenting on the defendant’s post-arrest silence," Schroeder told Binger after the jury was ushered out of the courtroom. "That's basic law. It's been basic law in this country for 40 years, 50 years. I have no idea why you would do something like that. You know very well that an attorney can't go into these types of areas when the judge has already ruled without asking outside the presence of the jury to do so. So don't give me that. That's number one."

Following the contentious exchange, defense lawyers made the mistrial request. If the request is granted, prosecutors could re-file the homicide and attempted murder charges against Rittenhouse unless a court finds they deliberately caused the mistrial in an attempt to get a second crack at the case, Alan Dershowitz, a Harvard law professor, told Fox News. CLICK HERE FOR MORE.

The Crew Dragon capsule, which sat atop the Falcon 9 rocket before separation, will take the Crew-3 expedition to the International Space Station, replacing the Crew-2 of NASA, European, and Japanese astronauts who returned to earth Monday.

Crew-3 was initially supposed to launch early Halloween morning, but it was delayed because of bad weather and unspecified medical issues among the astronauts.

Onboard the mission are NASA astronauts Kayla Barron, 34, Raja Chari, 44, Thomas Marshburn, 61, and Matthias Maurer, 51, of the European Space Agency.

The crew is expected to arrive at the ISS roughly 24 hours after liftoff. Their mission, which will include science experiments, maintaining the ISS, and spacewalks, will last six months.

THE LATEST FROM FOX BUSINESS:
- Musk sells about $5B in Tesla shares
- Why you probably took home a pay cut last month without even realizing it
- Florida may withdraw from federal agency oversight over vaccine mandate
- Kudlow: We have too much money chasing too few goods
- Sony cuts PlayStation 5 production outlook due to component snag: report 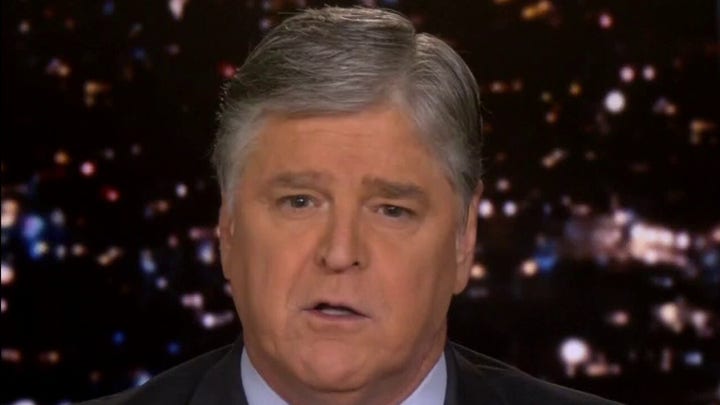 Sean Hannity on Wednesday evening slammed President Biden's speech at the Port of Baltimore, Maryland earlier in the day, in which he suggested the economy was doing fine in a recovery sense.

"Joe Biden doesn’t care that everything is more expensive. He doesn’t care your quality of life is diminishing daily; doesn’t care the money in your bank account is worth a lot less. The fragile opinions of his wealthy and well-connected Green New Deal socialist visionaries are more important," the host said on "Hannity"

Fox News First was compiled by Fox News' David Aaro. Thank you for making us your first choice in the morning! We’ll see you in your inbox first thing Friday.